Novak Djokovic had been aiming to become the first man to win all four majors and Olympic gold in the same calendar year, matching the feat Steffi Graf achieved in 1988. 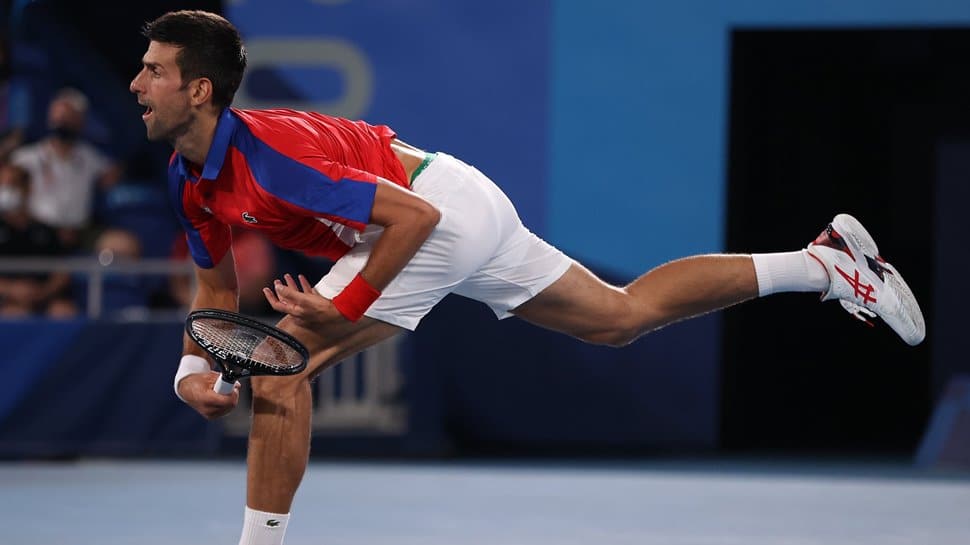 TOKYO: Novak Djokovic hopes of becoming the first man to complete the Golden Slam were dashed on Friday after he was unexpectedly beaten by Germany`s Alexander Zverev in the singles semi-finals at the Tokyo Games on Friday. The Serbian`s 1-6 6-3 6-1 defeat also ended his dream of winning an Olympic singles gold medal, the only major honour missing from his long list of accolades.

The world number one had arrived in Tokyo gunning for the Golden Slam -- winning all four majors and Olympic gold in the same year -- after triumphing at the Australian Open, Roland Garros and Wimbledon in 2021.

Just like that, the Golden Slam quest is over.

Novak Djokovic loses 10 of the last 11 games and is beaten by Alexander Zverev.

We knew best of three made him more vulnerable. We knew he wouldn’t like the humidity. But we didn’t actually believe he’d lose.#Olympics

Djokovic, who won singles bronze at the 2008 Beijing Games, appeared to be on course for an easy victory on Friday when he claimed the opening set for the loss of just one game and then went up a break midway through the second.

With Djokovic’s loss to Zverev, Steffi Graf will remain the only tennis player to ever win an Olympic Gold Medal and the Calendar Year Grand Slam in the same year (1988) aka the Golden Grand Slam pic.twitter.com/7IQORoxIMc

But world number five Zverev managed to find another gear, breaking back and reeling off eight games in a row to take the set and take a commanding lead in the decider.

NOVAK DJOKOVIC is Out! Look at what it means to Zverev! WOW! #Tennis #Tokyo2020 pic.twitter.com/ofaJWICexd

Zverev sealed the victory with a winner to become the first German man to make an Olympic tennis final since Tommy Haas won silver at the Sydney Games in 2000.

He will play Karen Khachanov of the Russian Olympic Committee in the championship match.