Bopanna, 40, is the sole Indian left in the Grand Slam following the exits of Sumit Nagal and Divij Sharan 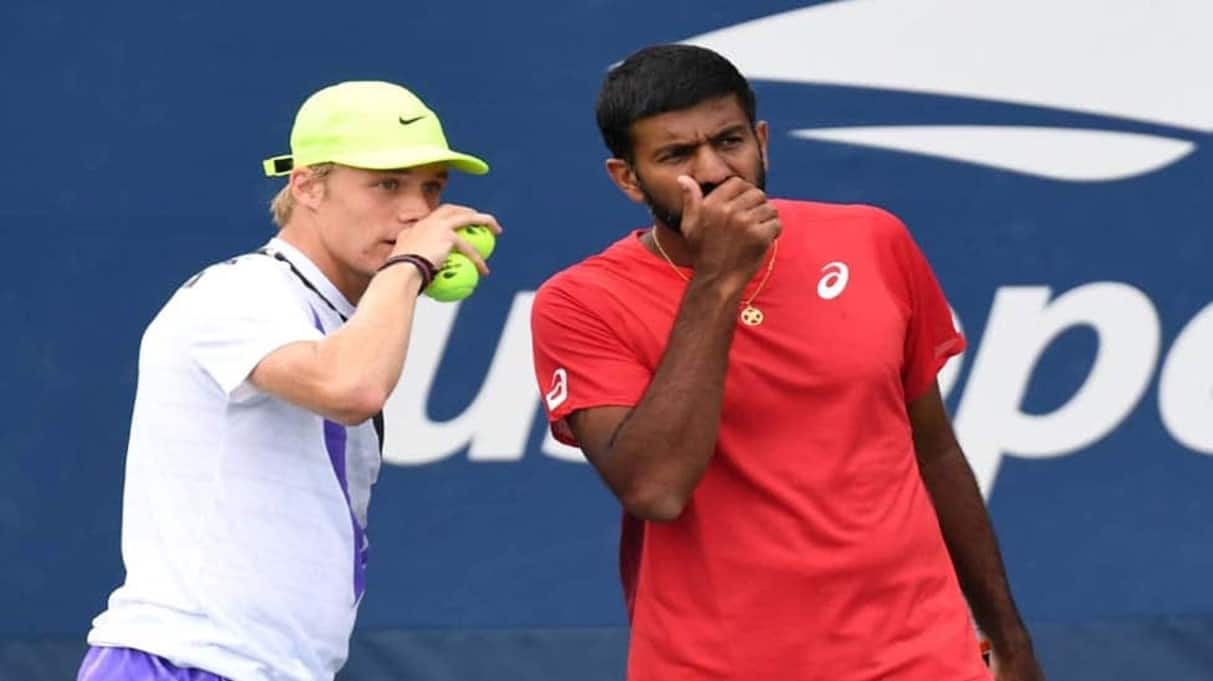 New York: The Indo-Canadian pair of Rohan Bopanna and Denis Shapovalov have reached the quarterfinals of the ongoing US Open by defeating the German pair of Kevin Krawietz-Andreas Mies 4-6, 6-4, 6-3 in the second-round clash that lasted for an hour and 47 minutes.

After losing the first set, Bopanna-Shapovalov made a spirited comeback and clinched the next two sets comprehensively .

Bopanna-Shapovalov sharpened their play in the second set, improving their first-serve percentage and winning more points behind their second serves. Although were still committing unforced errors, they rose to the occasion on the crucial points, converting one of three breakpoints and saving the one breakpoint they faced to edge past their German opponents.

The Indian-Canadian duo built on that momentum in the decider set, converting their sole breakpoint and saving the one they faced to book their place in the last eight.

They will now face the Dutch-Romanian duo of Jean-Julien Rojer and Horia Tecau on Monday, September 7.

Bopanna is the lone surviving Indian in the tournament after the exits of Sumit Nagal and Divij Sharan.