Williams will now lock horns with defending champion Kiki Bertens of the Netherlands in the second round of the tournament. 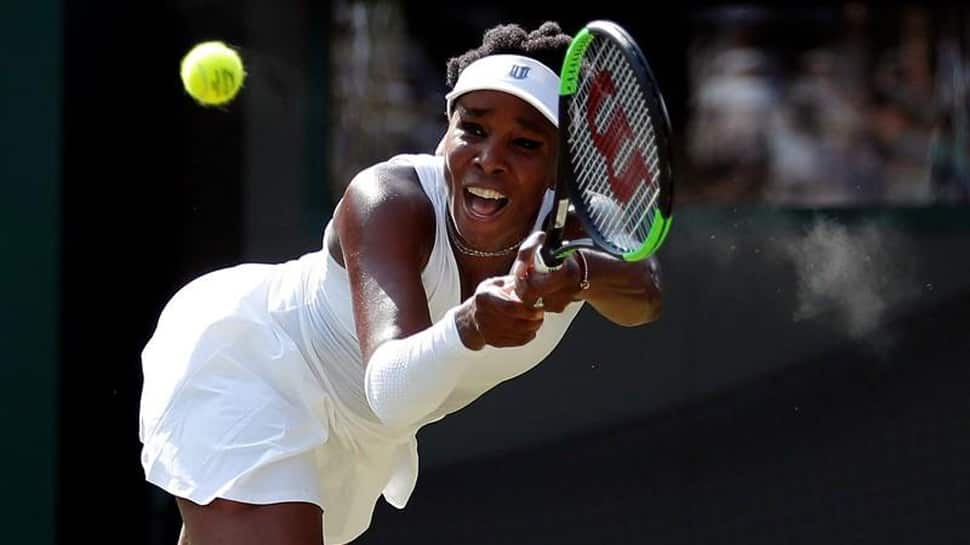 Former world number one Venus Williams snapped her four-match losing streak with a comfortable straight sets win over qualifier Lauren Davis in an all-American opening round of the Western and Southern Open in Cincinnati on Monday.

The seven-time Grand Slam champion hardly broke a sweat as she eased past her fellow American Davis 7-5, 6-2 in a one-sided match of the women's singles event of the tournament that lasted one hour and 39 minutes.

Enroute to her victory, Venus brushed aside seven of the eight break points she faced while winning 61 percent of points when returning the second serve to Davis.

Reflecting on her clash, the 39-year-old said that each of her opponents inspire her to continue to work hard and get better.

"I think my opponents inspire me. I mean, they're good. Each and every single person is just at such a high level that there is no givens. Everyone is playing incredible. That's inspiring in itself to see everyone else playing play well, and that means, okay, I have to continue to work and continue to get better,"the Women's Tennis Association (WTA) quoted Venus as saying.

Williams will look to continue her bid to seal 50th career title and maiden Cincinnati Open trophy when she locks horns with defending champion Kiki Bertens of the Netherlands in the second round of the tournament.

In another women's singles clash, Russian tennis player Maria Sharapova also reached the second round in Cincinnati with a 6-3, 7-6 (7-4) win over Alison Riske of America in one hour and 55 minutes.

Sharapova will now meet top-seed Ashleigh Barty of Australia for a place in the round-of-16.