Several schools and educational institutions in Delhi and the adjoining National Capital Region have been closed as a large number of auto-rickshaws, taxis, App-based cab operators like Uber and Ola and commercial buses are off the roads. 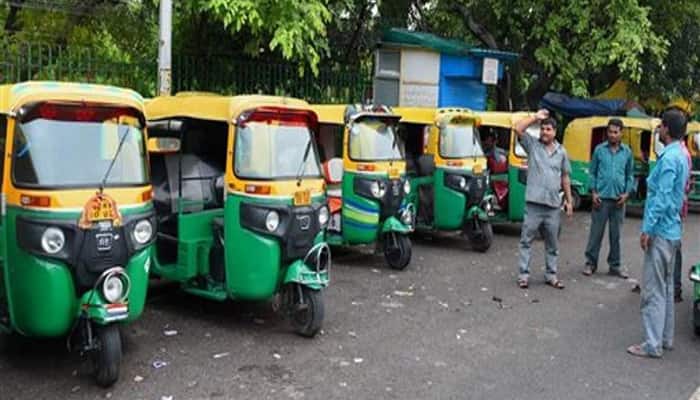 NEW DELHI:  Thousands of commuters in Delhi and its adjoining areas, including Noida and Ghaziabad, are set to face hardships on Thursday as transport unions have called a one-day strike in protest against the newly amended Motor Vehicles (MV) Act and the steep hike in penalties proposed in the Act for violating traffic rules.

Several schools and educational institutions in Delhi and the adjoining National Capital Region have been closed as a large number of auto-rickshaws, taxis, App-based cab operators like Uber and Ola and commercial buses are off the roads. The call for day-long strike is given by United Front of Transport Associations (UFTA), which is an umbrella body representing 41 associations and unions of goods and passenger segments including trucks, buses, autos, tempos, maxi-cabs and taxis plying in the Delhi-NCR region. The UFTA has claimed that both the Centre and the Delhi government have forced the transporters to call the strike in order to register their protest.

"We have been seeking redressal of our grievances related to the new MV Act from both the Centre and the Delhi government for the last 15 days, but no solution is there is sight forcing us to go on a one-day strike," UFTA general secretary Shyamlal Gola said.

According to UFTA, the automobile sector is already facing a very tough time due to economic slowdown and the recent changes in MV Act are only going to add to their woes. The UFTA said that the government must immediately withdraw the provisions of hiked penalties from the amended MV Act. However, the Delhi Taxi Tourist Transporters Association has announced that they will not participate in the strike. Some schools have also decided to remain open despite the strike.

The new Motor Vehicles Act, which was implemented on September 1, proposes a 10-fold increase in fines for offences like traffic violations, drunk driving, driving without a helmet, driving without seat belts and overloading. The Act has been adopted by a few states without any changes and some states like Gujarat and Uttarakhand have reduced the penalties considerably. There are many states, including Madhya Pradesh, Odisha, Chhattisgarh, Puducherry, Rajasthan, Punjab, and West Bengal, which have not implemented the amended MV Act yet claiming that the penalties are too steep and it will create unnecessary problems for the common public.