The clashes that took place in Muzaffarnagar and Shamli districts claimed 62 lives while injuring 93 others and leaving more than 50,000 displaced. 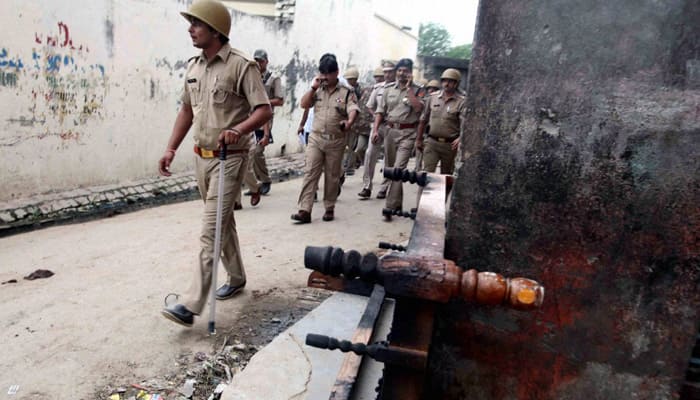 MUZAFFARNAGAR: All the seven persons convicted in 2013 Muzaffarnagar riots were awarded life imprisonment by a local court on Friday.

Additional District and Sessions Judge Himanshu Bhatnagar held all seven men – Muzammil, Mujassim, Furkan, Nadeem, Jahangir, Afzal and Iqbal – guilty of killing two people in Kawal village in western Uttar Pradesh, which is believed to have triggered the 2013 Muzaffarnagar riots that led to killings of over 60 people.

According to the First Information Report, the two youths, Gaurav and Sachin of Kawal village under Jansath police station area, were battered to death by the five of seven men. The two other accused, Afzal and Iqbal, however, were summoned by the court later under provisions of section 319 of the Criminal Procedure Code when the evidence of their complicity in the killings emerged during the trial.

The clashes that took place in Muzaffarnagar and Shamli districts between the Hindu and Muslim communities claimed 62 lives while injuring 93 others and leaving more than 50,000 displaced.

The riots reportedly took place over a minor altercation between Hindu and Muslim youths at Kawal village in Muzaffarnagar district.

Described as the "the worst violence in Uttar Pradesh in recent history," the 2013 riots saw the Indian Army deployed in the state for the first time in 20 years.

As per official figures, given by prosecution counsel Sharma, over 6,000 cases were lodged following the 2013 riots and 1,480 accused were arrested for their alleged roles in the riots.