The funeral procession was taken out amid tight security from his village Sureri in Jaunpur district near Varanasi. 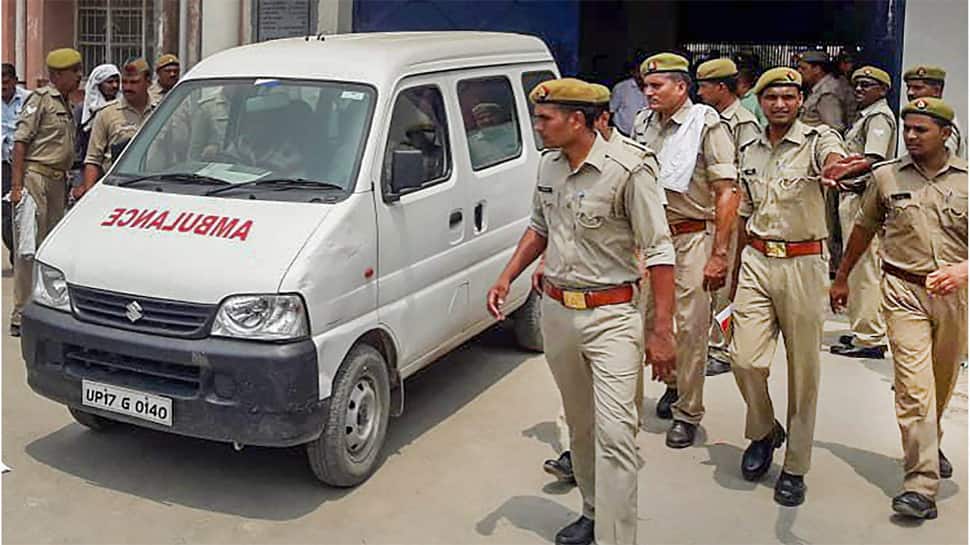 VARANASI: Dreaded gangster Prem Prakash Singh alias Munna Bajrangi, who was shot dead in the Baghpat jail on Monday, was cremated at the Manikarnika Ghat in Varanasi on Tuesday. Bajrangi's 14-year-old son Sameer Singh lit the funeral pyre. Hundreds of supporters were present at his cremation and raised slogans hailing the gangster.

The funeral procession was taken out amid tight security from his village Sureri in Jaunpur district near Varanasi. Companies of the Provincial Armed Constabulary (PAC) and police were deployed to ensure that no untoward incident took place during the funeral procession.

The 51-year-old was shot 10 times in the head and chest from close range with a sophisticated handgun and his body was dumped in a gutter inside the jail on Monday morning. The incident took place just hours before he was to be produced in a court in Baghpat. "He was brought to District Jail Baghpat from Jhansi last (Sunday) night. At 6.30 am today, a convict lodged in the jail shot him dead and hid the pistol in a gutter. Few days ago, we had made UP CM aware of threat to his life," Munna Bajrangi's lawyer V Srivastava said.

The weapon used for his murder was not found and there has been no information on the killers so far. Officials of the state government remained mum on the disappearance of the weapon used in the killing from inside the jail.

According to Additional Director General - Prison, the convict who shot at Bajrangi is Sunil Rathi. He fired the bullet following an altercation with the gangster. "There was an altercation between Sunil Rathi and him after which he shot him dead. He has been detained and is being interrogated. Jailor, deputy jailor, warden and head warden have been suspended. Have requested judicial and magisterial inquiry," he said.

Bajrangi`s body, after post-mortem, was handed over to his wife Seema Singh and other family members on Monday night. Seema Singh has named legislator Sushil Singh and another gangster, Dhananjay Singh, in the FIR lodged by her.

Meanwhile, Uttar Pradesh Chief Minister Yogi Adityanath has ordered the suspension of four jail officials. He has assured that the guilty would be punished. He said, "Such an incident occurring inside jail premises is a serious matter. We will conduct an in-depth investigation and strict action will be taken against those responsible."

Woman given triple talaq over burnt roti in UP