She requested Union Home Minister Amit Shah and the governments of Uttarakhand and Uttar Pradesh to provide her security. 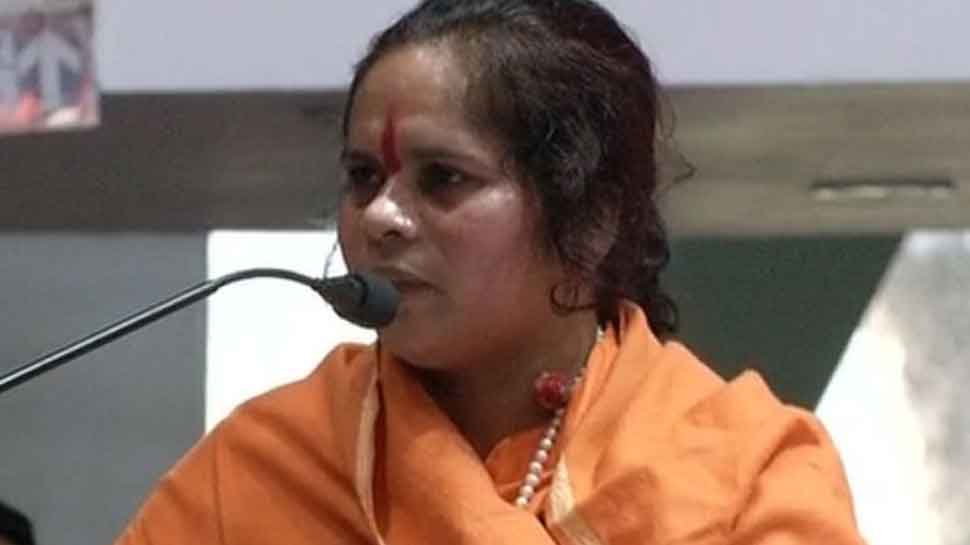 HARIDWAR: Days after the murder of Hindu Samaj Party leader Kamlesh Tiwari in Lucknow, another firebrand saffron leader Sadhvi Prachi has claimed threats to her life and demanded security.

Sadhvi Prachi also claimed that Tiwari`s killing was the doing of Jihadis (Islamic militants). The Sadhvi made these statements while talking to reporters in Haridwar on Sunday.

She requested Union Home Minister Amit Shah and the governments of Uttarakhand and Uttar Pradesh to provide her security.

"I have received threats from the ISIS on several occasions. I believe firmly in God and have not discussed this till now. But the murder of Kamlesh Tiwari has upset me. A few days ago, some unknown persons came to my ashram and made inquiries about me. I feel that I need security," she said.

Attacking the Congress party, Sadhvi Prachi alleged that jihadis and anti-nationals were being given protection by the main opposition party and this should be thoroughly probed.

"The Yogi government should also probe why Kamlesh Tiwari`s security was withdrawn and action should be taken against officials responsible for this," she said.

It may be recalled that former Hindu Mahasabha leader and president of the Hindu Samaj Party, Kamlesh Tiwari, was shot dead in his office in Lucknow on Friday by two men who came wearing saffron robes.

The UP Police on Sunday identified the two assailants and the ATS teams have arrested about half a dozen persons from UP, Gujarat and Maharashtra in this connection.