This is the second conviction of Sengar in the matter related to Unnao rape case. In Dec 2019, he was convicted and jailed for life for raping the girl in 2017 when she was a minor. 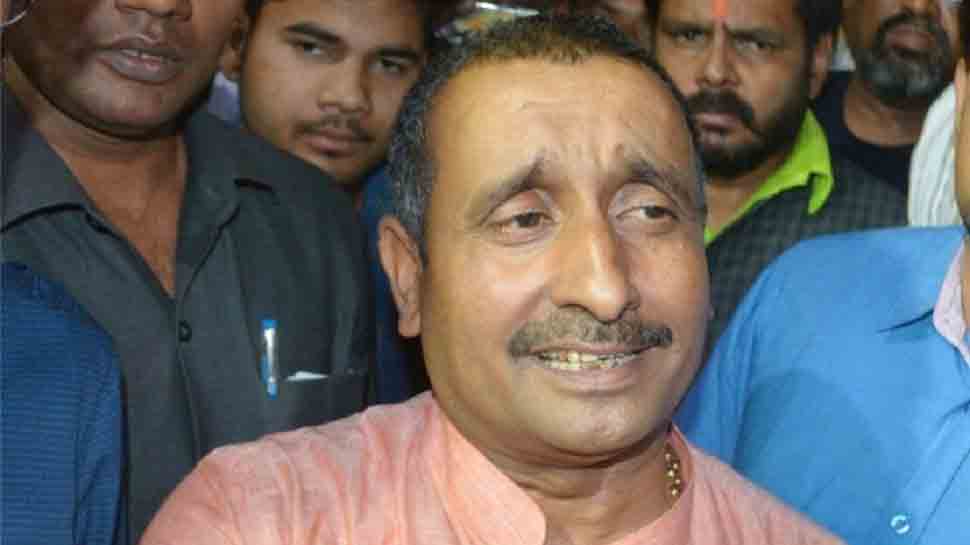 New Delhi: Delhi's Tees Hazari court on Friday (March 13) awarded 10 years imprisonment to all eight accused including expelled BJP MLA Kuldeep Singh Sengar in connection with the custodial death of the father of Unnao rape victim. The court also directed Senger and his brother Atul Sengar to pay Rs 10 lakh each to the family of the rape victim. The rape victim's father had died in judicial custody on April 9, 2018.

This is his second conviction in the matter related to Unnao rape case.

Earlier, Sengar's lawyer had submitted before the court that he has 35 years of political career and served the people. Sengar's brother Atul, who was also convicted in the case, cited several grounds and sought lesser punishment in the case.

The fast track court recently convicted seven accused including Kuldeep Singh Sengar, who is already convicted in the rape case, in the case and acquitted the other four accused. The court convicted Kuldeep of culpable homicide not amounting to murder in connection with the death of the victim's father.

CBI in its charge-sheet said all this while Kuldeep Sengar was in continuous touch with the district police superintendent, and the police station in-charge Bhadauria. CBI filed a charge-sheet in the case on July 13, 2018. Thereafter, the charges were framed against Sengar, his brother Atul, Makhi police station in-charge Ashok Singh Bhadauria, Sub Inspector Kamta Prasad, Constable Amir Khan and six others in the case.

On August 1, 2019, the Supreme Court had transferred the case to Delhi from a trial court in Uttar Pradesh. In December 2019, Sengar was convicted and jailed for life for raping the woman in Unnao in 2017 when she was a minor.