SP and BSP have announced their pre-poll alliance in Uttar Pradesh for the forthcoming 2019 Lok Sabha elections. 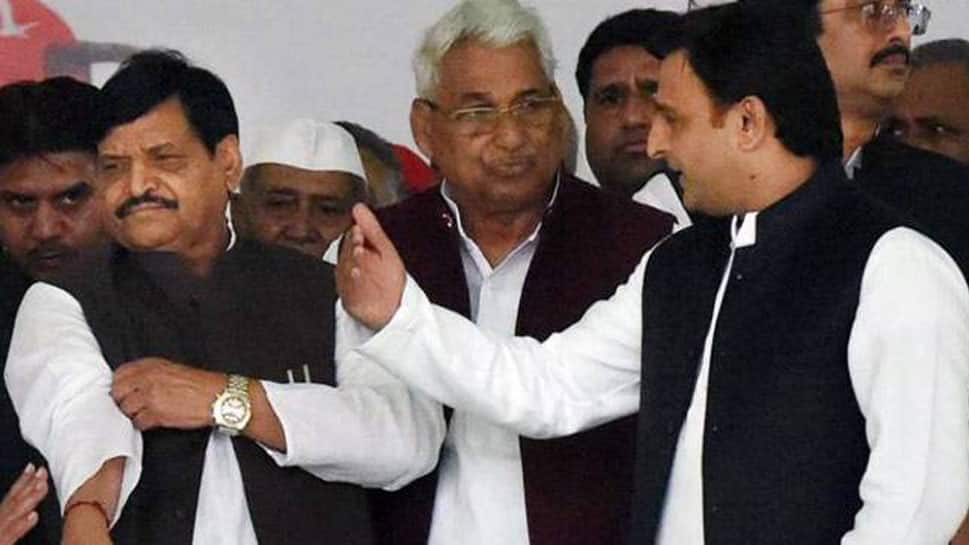 Referring to the infamous `1995 Lucknow guest house case`, Shivpal urged his nephew to be wary of Mayawati who had then levelled several allegations against Samajwadi party leaders, including him.

While addressing a rally at the SP stronghold Chandoli in Uttar Pradesh, Shivpal said that Mayawati had then accused him of sexual harassment.

"You can`t trust people who sell tickets. Who used to abuse Netaji (Mulayam Singh Yadav)? She used to call them `gunde`. Today they are calling themselves as one. Can she be trusted? She won`t win many seats."

The 1995 infamous guest house scandal is one of the grimmest chapters of UP politics.

In 1993, then Samajwadi party chief Mulayam Singh Yadav and BSP founder Kanshi Ram had come together in Uttar Pradesh at the time of state polls to fight the BJP, which was garnering enormous support over its Ram temple pitch. The SP-BSP alliance bagged a total of 176 seats and managed to form the government under Mulayam`s leadership with the Congress` support.

However in less than two years, the government collapsed as Mayawati severed its ties with the SP and joined hands with the BJP. Miffed by the move, irked SP workers allegedly attacked Mayawati when she was holding a meeting with her party workers at a Lucknow guest house on June 2, 1995. Her room was vandalised and she was allegedly abused and beaten up.

It is widely believed that then BJP MLA Brahm Dutt Dwivedi stepped into the room and saved Mayawati from the ire of SP workers. Since then SP-BSP ties went sore until 2018, when the two parties came together to fight UP by-polls.

On Saturday, SP and BSP announced their pre-poll alliance in Uttar Pradesh for the forthcoming 2019 Lok Sabha elections.

The SP and the BSP will contest on 38 seats each, while they will not field their candidate against Congress president Rahul Gandhi in Amethi and UPA chairperson Sonia Gandhi in Rae Bareli. They have also kept two seats for the smaller parties.

Four held with over two dozen stolen smartphones in Noida