The policemen revealed that the consignment of liquor was being taken to Bihar. 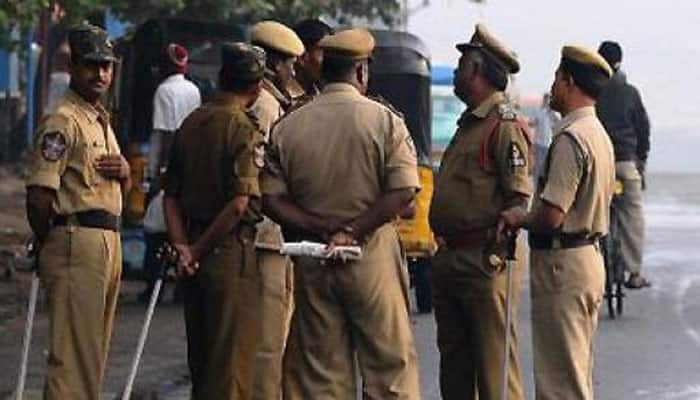 Chandauli: Even as Chief Minister Yogi Adityanath is trying hard to refurbish the image of UP Police, police personnel are happily crossing over to the other side of the law.

Chandauli Superintendent of Police Hemant Kutiyal said the police had received information that a consignment of IMFL (India-made foreign liquor) was being taken to Bihar by car through the Audhyogic Nagar area.

Inspector, Mughalsarai, Shivanand Misra reached there and searched the car. As many as 566 bottles of liquor were recovered from the car.

Even as the search was on, one of the smugglers, Deepak, received a call on his mobile. Deepak asked his caller to help him.

Within no time, two constables, Vaibhav Yadav and Sonu Yadav, from Ramnagar police station, reached the spot and pressured the police to release the car and the smugglers in police custody. The two police personnel even misbehaved with the police personnel.

Kutiyal said that both the constables and the two smugglers - Deepak and Sandip Singh, residents of Haryana - have been arrested.

During interrogation, the duo revealed that the racket of IMFL smuggling was allegedly being operated by police constable Ajit Yadav deployed at the Reserve Police Lines. They also revealed that the consignment of liquor was being taken to Bihar, where prohibition is in force.

The SP said that a case was registered against both the constables and the two smugglers under relevant sections of the IPC at Mughalsarai police station and they were produced in the court which sent them to jail. Ajit Yadav, the mastermind behind the racket, has also been arrested.

Kutiyal further said that the three police constables have been suspended and senior police officials in Varanasi have been informed of the matter.

UP Director General of Police O.P. Singh has ordered an inquiry into the incident.