The woman was issued an e-challan for abandoning her vehicle in a public place, thus causing traffic disruption. 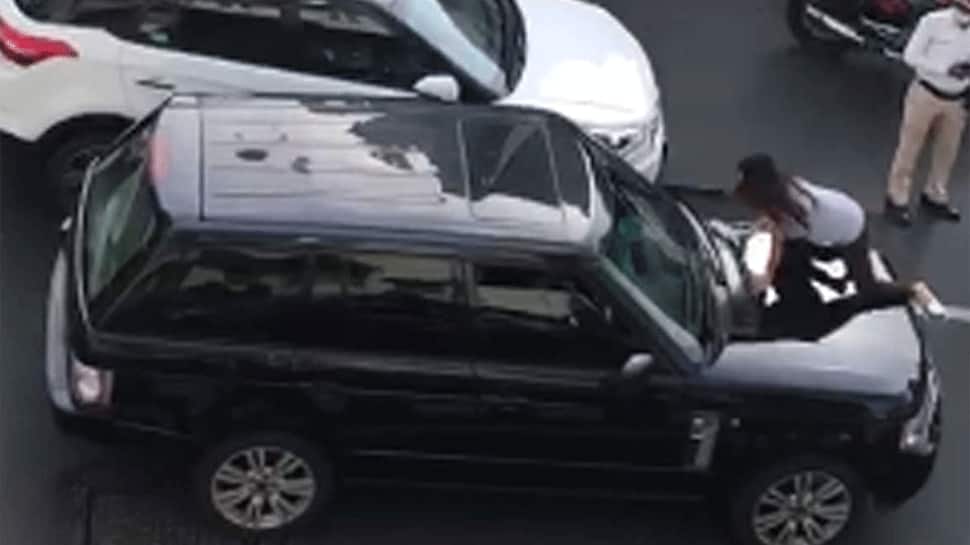 Mumbai: A spat between a couple brought traffic to a halt on the Peddar road in Mumbai on Saturday (July 11) evening, which took in the presence of traffic police who were seen trying to sort things out. The woman was issued an e-challan for abandoning her vehicle in a public place, thus causing traffic disruption.

At around 5 pm on Saturday, a man, who was driving a black luxurious car with a female co-passengers, was intercepted by a white car, which was being driven by his wife. The lady was seen screaming, forcefully pulling out her husband's hand from the car window and finally jumping on the car bonnet and throwing out her slipper on the mirror.

By this time, a crowd had started to gather on the road and jam was formed as the lady continued to yell at the man.

According to reports, when the man got out of the car, the lady reportedly kicked him. Both got into her car and it appeared that they reconciled. However, soon after that, the wife got out of the car and went to the Range Rover where she reportedly had a heated argument with his female co-passenger who was seated inside.

The video, which was shared on WhatsApp, has been going extensively viral all over the Internet.

Huge Monitor lizard spotted at a home in Delhi, viral pic sends netizens into a tizzy!