In a cheeky message for team India, Eastern District Police on its Facebook page warned the home country against a group 'badly assaulting an innocent looking bunch of New Zealanders'. 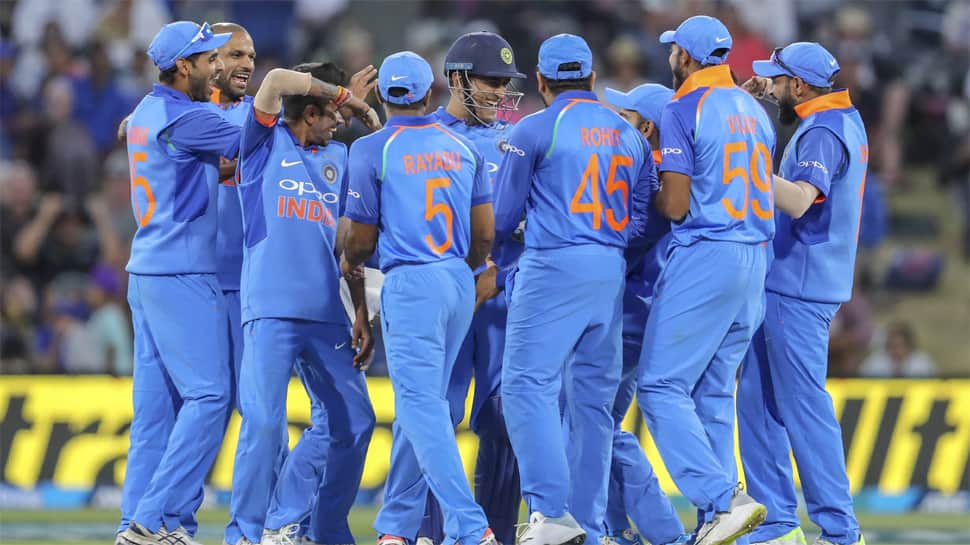 Ahead in the five-match series against New Zealand by 2-0, India have dominated in both the ODIs pushing the home team on backfoot. India won the first ODI in Napier thrashing New Zealand by eight wickets while in the second ODI in Mt Maunganui, India crushed the home team by 90 runs.

Asked to field first in the Napier ODI, India had restricted the hosts to a paltry score of 157, which was easily achieved by the clinical performance of the Indian batters. The second ODI too was no different with skipper Virat Kohli's team looking indomitable on the field. India crushed New Zealand by 90 runs with spinners Kuldeep Yadav and Yuzvendra Chahal yet again tormenting the home batsmen after a superlative batting show by the visitors.

However, it's not just the Indian fans who are praising the team for the tremendous all-round effort. India have got a fair share of applause from the New Zealand Police department too.

In a cheeky message for team India, Eastern District Police on its Facebook page warned the home country against a group 'badly assaulting an innocent looking bunch of New Zealanders'.

"Police would like to issue a warning to members of the public about the exploits of a group touring the country at the moment. Witnesses report seeing this group badly assault an innocent looking bunch of New Zealanders in both Napier and Mt Maunganui in the last week," Eastern District Police
wrote.

They even had an important word of caution for the New Zealanders! "Extra care should be taken if you are carrying anything that looks like a cricket bat or ball," they added.

The applause from the police department left cricket fans ROFL-ing with many suspecting a repeat offence in a few days! 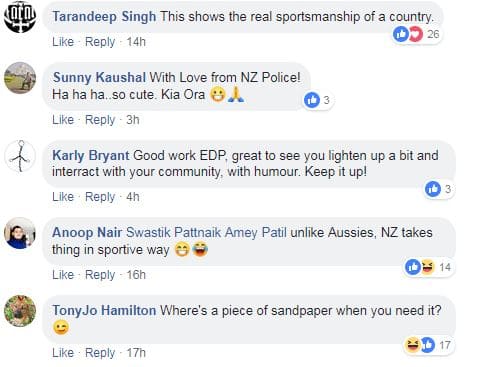 Watch: Pride of lions climb on top of giraffe to bring it down