"This is one pandemic that we are happy and proud to say originated in India," Anand Mahindra expressed after Agrawal's ascension. 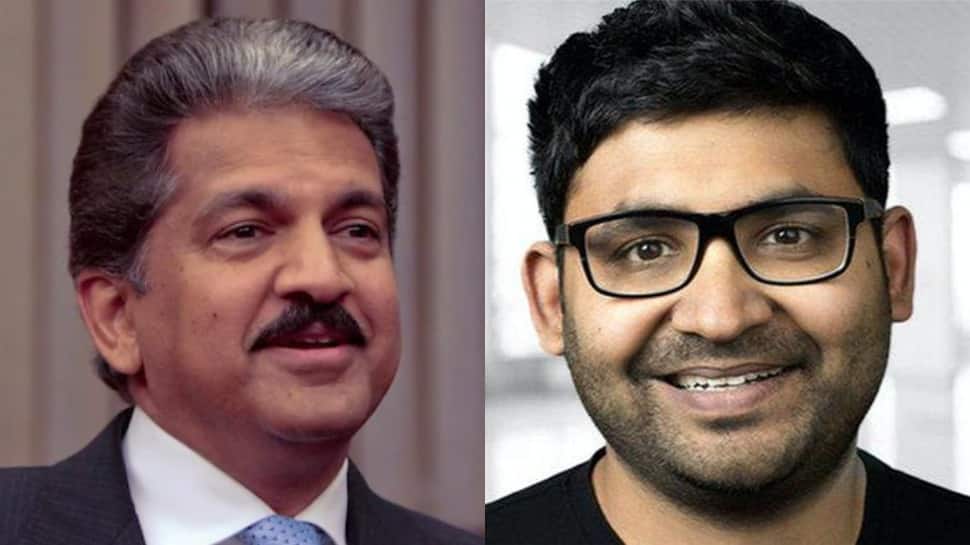 New Delhi: Parag Agrawal on Monday (November 29, 2021) was made the new CEO of Twitter and the 37-year old joined the elite list of Indian-origin executives helming US-based global multinationals.

Twitter's outgoing CEO Jack Dorsey announced that Agrawal, an IIT Mumbai and Stanford University alumnus, will be the company's new chief executive as he stepped down after 16 years at the company that he co-founded and helmed.

not sure anyone has heard but,

Since Agrawal's ascension, netizens have been talking about Indians being named to the helm of global tech spaces.

Reacting to the news, Anand Mahindra also joked about Agrawal's appointment as the Twitter boss and said that 'this is one pandemic that we are happy and proud to say originated in India'.

"It's the Indian CEO Virus… No vaccine against it," the Chairperson of Mahindra and Mahindra tweeted.

This is one pandemic that we are happy & proud to say originated in India. It’s the Indian CEO Virus… No vaccine against it.  https://t.co/Dl28r7nu0u

Before Agrawal, Indian-born technology executive Arvind Krishna was named Chief Executive Officer of American IT giant IBM in 2020. Krishna, 59, had joined IBM in 1990 and has an undergraduate degree from the Indian Institute of Technology, Kanpur, and a PhD in electrical engineering from the University of Illinois at Urbana-Champaign.

Earlier in 2015, Sundar Pichai, born in Chennai, was named CEO of the newly organised Google. He became only the third chief executive of the company after former CEO Eric Schmidt and co-founder Larry Page.

In 2014, Microsoft veteran Satya Nadella, an Indian-born American, was also named CEO of the technology giant.

MasterCard CEO Ajay Banga, PepsiCo's former CEO Indra Nooyi and Adobe CEO Shantanu Narayen are among the other Indian-origin executives who have climbed up the corporate ladder and helmed multinational giants.