Within weeks, the video has created history. 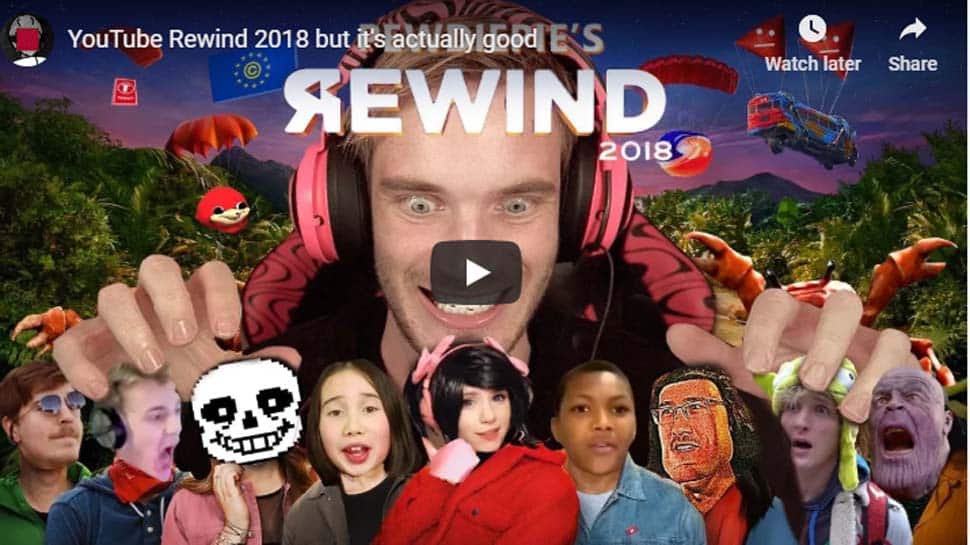 And within weeks, the video has created history.

While the original 'YouTube Rewind 2018 Everyone Controls Rewind' became the most hated video ever on its own platform, PewDiePie's 'YouTube Rewind 2018 but it's actually good' amassed 6.7 Million likes in seven days – a never before achieved feat on the video platform.

YouTube Rewind, an annual video recap series that started in 2010, features the top trends, artists and events of the year. However, fearing backlash from the outside community, the Google-owned video-sharing website skipped featuring its biggest content creators including the likes of PewDiePie, Logan Paul, Shane Dawson and the multimillion-dollar boxing matches between YouTube’s popular individuals.

Although a parody video, PewDiePie's YouTube Rewind has it all covered. The Swedish creator delivered its fans the rewind they were hoping for including a section for legends who died in 2018 such as Stephen Hawkings, Stan Lee and so on.

So naturally, viewers lapped it up and bestowed all the likes making it most supported non-music video piece on YouTube ever.

Earlier this year, PewDiePie and Indian music record label T Series had a long drawn battle for the most subscribed YouTube channel. The Swedish creator surged ahead with more than one million subscribers after YouTube cleared out spam accounts.