The viewers of the KREM were subjected to an obscene 13-second-long pornographic clip during the channel’s weather forecast show. 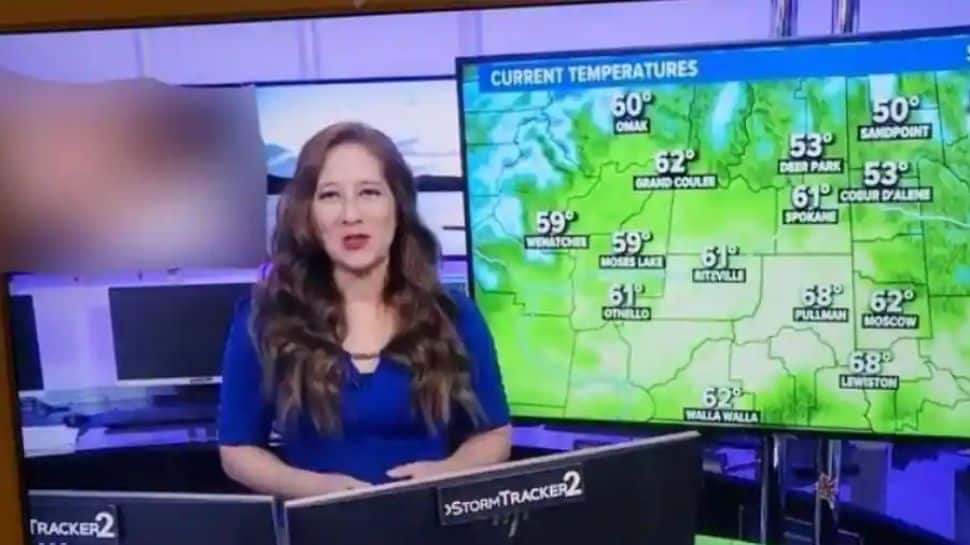 New Delhi: In a shocking incident, the viewers of the CBS-affiliated news channel, KREM, were subjected to an obscene pornographic clip during the channel’s weather forecast show at 6 pm.

However, Michelle Boss was completely unaware of it and continued with her report along with co-anchor Cody Proctor.

The 13-second-long video was a nasty shock for the viewers, who later on decide to lash out at the social media. Soon after the show, the chatter started on social media, pushing the news channel, KREM, to issue an apology.

As per a report published by The Sun, KREM said, “An inappropriate video aired in the first part of the show. We are diligently working to make sure something like this doesn’t happen again.”

Meanwhile, the incident is now being investigated by the Spokane Police Department’s special victims unit, which said that the KREM authorities were cooperating with the investigation.

As per a press release by the department, “the incident generated numerous calls from concerned citizens in the city and county. At the time of this release, the investigation is ongoing and no culpability of any kind has been determined.”