A shocking video, which has gone viral on social media, shows a huge alligator climbing over a fence at the US Naval Air Station in Florida's Jacksonville. 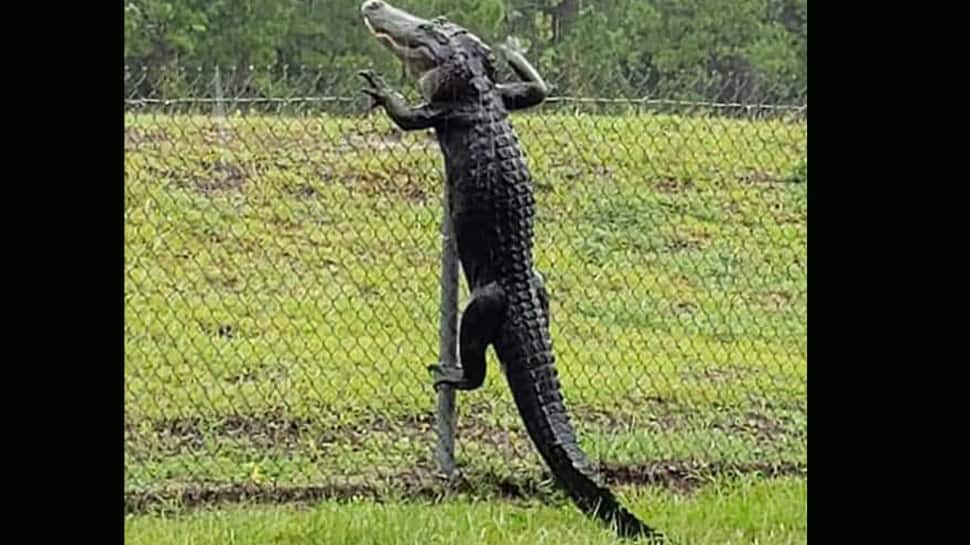 Florida: A shocking video, which has gone viral on social media, shows a huge alligator climbing over a fence at the US Naval Air Station in Florida's Jacksonville. In the video, the mammoth reptile could be seen scaling up the fence at the military air base. One the reptile reaches the top, it tosses its body on the other side of the fence, and then it casually strolled away.

The spectacle was captured by a Floridian resident Christina Stewart who posted the video on Facebook, with the caption, "glad I got to watch him or her crawl over the gate and disappear."

Naval Air Station officials said they don't plan on removing the alligator from the base unless it poses a danger to residents, ABC News reported.

Taking to Facebook, the Navy base posted a picture of the alligator climbing up the fence. Along with the picture, they wrote, "If you are new to Florida or have been here for years, when you see water, assume an alligator could be in it. We have several on the base and they don't respect our security measures." Officials further wrote, "On the serious side, always be aware with small children and pets. Golfers be aware and watch where you stick your hands. Do not approach them ever!"