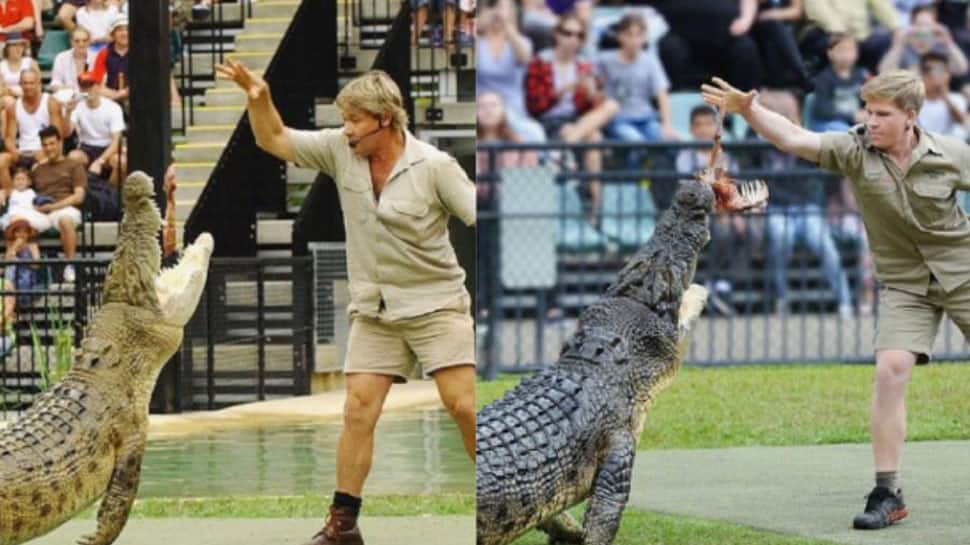 Late crocodile hunter Steve Irwin's 15-year-old son, Robert Irwin, shares an uncanny resemblance to his famous father and on Wednesday Irwin Jr proved that he is as daring as was his late father.

Robert on Wednesday posted a photo on Twitter feeding Australia Zoo's most dangerous crocodile 'Murray' and the photo clearly shows that Irwin Jr has tried to recreate an iconic photograph of his late father.

It may be recalled that Steve died in September 2006 after a stingray barbed him in the chest at Batt Reef in Queensland. Steve's teenage son Robert appears very mature whenever he talks about the risks involved in the work which he does.

Ahead of the premiere of his Animal Planet show Crikey! It's the Irwins, Robert told Daily Mail that he is passionate about wildlife and this keeps him going. "We never know how long we are going to be on this earth for, you've got to make the most of every day," Robert was quoted as saying by Daily Mail.

What is the Bottle Cap Challenge, viral fad taking social media by storm