What if a half-million strangers actually gather in the remote Nevada town mid-September to raid Area 51 in the wee hours of the morning?

The idea to storm classified US Air Force base Area 51 in Nevada gathered steam online, with more than half a million (500,000) people pledging to join the alien hunt and unleashing deep secrets of the US government.

What started as a joke-based Facebook event hosted by 'Shitposting cause im in shambles' page and SmyleeKun, soon went viral despite the “P.S. Hello US government, this is a joke” line at the bottom.

The event description reads, “We will all meet up at the Area 51 Alien Center tourist attraction and coordinate our entry. If we naruto run, we can move faster than their bullets. Lets see them aliens.” Naruto Run is a unique running style by manga cartoon protagonist Naruto Ozumaki in the Japanese anime series Naruto. The character runs with arms stretched behind him.

A pinned post on the page by Australia-based Jackson Barnes describes the 'game plan' along with a poorly drawn map of the Area 51 site, but with disclaimers. 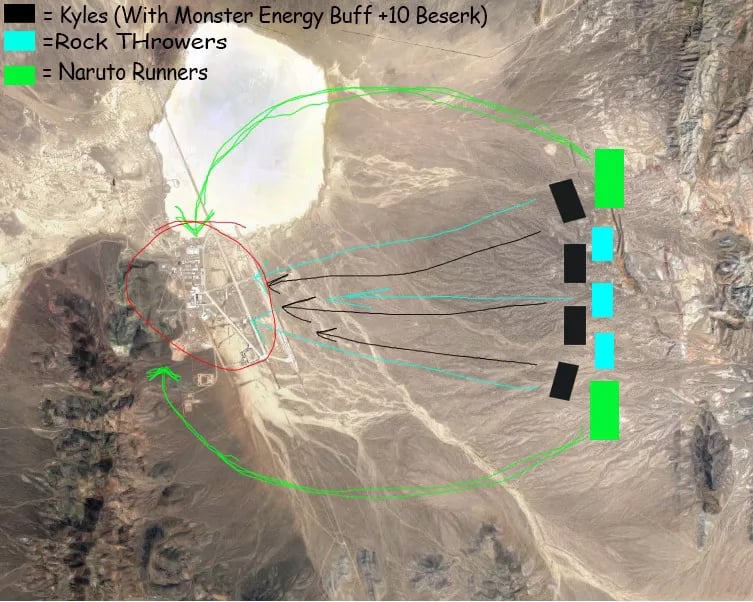 “P.S. Hello US government, this is a joke, and I do not actually intend to go ahead with this plan. I just thought it would be funny and get me some thumbsy uppies on the internet. I'm not responsible if people decide to actually storm area 51.”

The page is full of funny memes and jokes and satirical posts with theories on what will actually happen inside. Hastags #area51raid and #area51 also became top trends on Twitter.

Despite the fun and jokes, warning bells are starting to ring.

What if a half-million strangers actually gather in the remote Nevada town mid-September to raid Area 51 in the wee hours of the morning. What if even a faction of those number of people end up visiting the notoriously clandestine government base.

Air Force officials are aware of the event, reports American daily The Washington Post, but refused to detail plans or security procedures at the Area 51 base. She did, however, issued a warning:
“[Area 51] is an open training range for the U.S. Air Force, and we would discourage anyone from trying to come into the area where we train American armed forces. The U.S. Air Force always stands ready to protect America and its assets.”

Area 51 has long been a subject of intense public speculation and conspiracy theories including aliens. Conspiracy theorists believe that the remains of crashed UFO spacecrafts are stored here while scientists and government labs conduct top secret experiments.

In 2013, the US government finally admitted that Area 51 is a secret intelligence-related hub. The government made the disclosure following a 2005 Freedom of Information request. It is believed that the secret base is used by US to develop high-altitude CIA spy plane technology, which look quite similar to the alien spaceships and this is also one of the reasons why conspiracy theorists keep on claiming that UFOs are present inside Area 51.