T-Series is already number one on another metric - the Most-Watched YouTube channel.

NEW DELHI: The Indian record label - T Series - is fast narrowing the gap with Sweden's  PewDiePie, which has been the most subscribed channel on YouTube for nearly six years.

At the time of filing this story, the Swedish YouTuber was just 72490 subscribers ahead of the Indian music brand on Saturday night around 9 PM (IST). 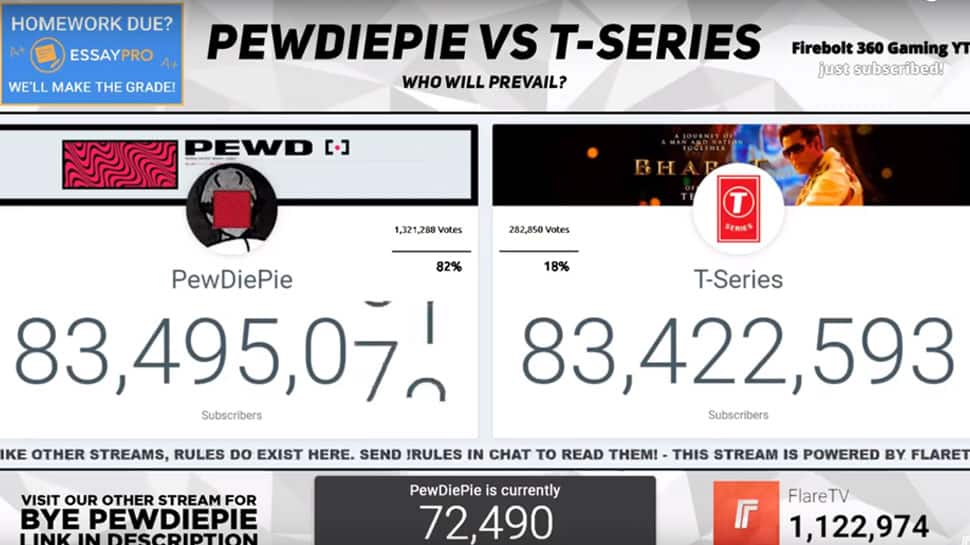 But, it looks line nearly a month after the episode, T Series has bounced back and is expected to overtake Pewds soon.

The much-interesting T Series vs PewDiePie battle has been raging for months now.