In a rare incident, people travelling on a freeway in Carlsbad, California came across loads of cash after an armored truck dropped several notes leading to a major traffic jam as commuters stopped their vehicles to grab the money. 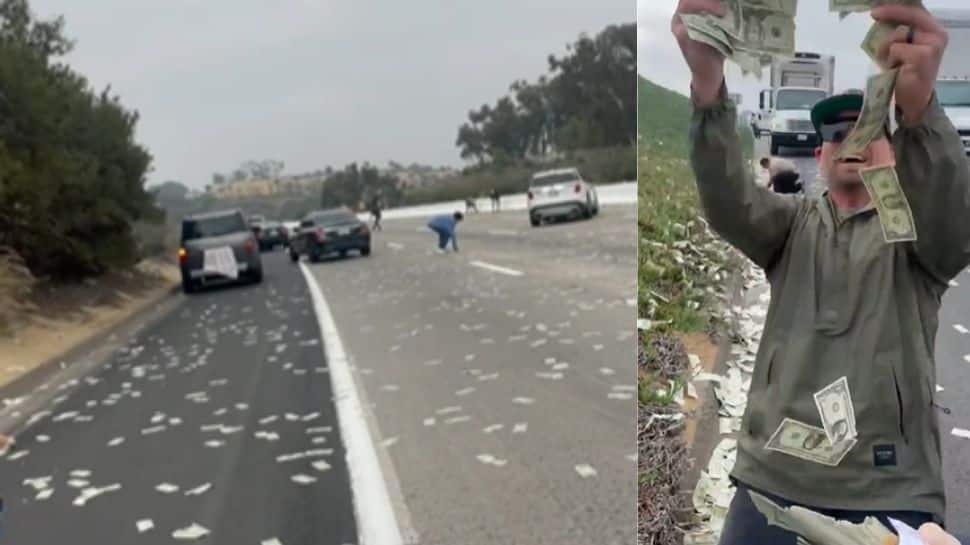 New Delhi: Ever wondered what you will do if you come across loads of cash? Will you return the money to the police or keep some wad of cash for yourself? The answer can be varied for most of us, the circumstance is not an everyday occurrence.

While not everyone wants to be a part of real-life Money Heist, however, many of us have dreamed like Brooklyn Nine-Nine’s Jake Peralta to pose with huge bundles of cash.

In a rare incident, people travelling on a freeway in Carlsbad, California came across loads of cash after an armored truck dropped several notes leading to a major traffic jam as commuters stopped their vehicles to grab the money.

In a video shared by influencer Demi Bagby on Instagram, people can be seen getting down from their vehicles and collecting the scattered cash. The highway came to a standstill due to the hullabaloo caused. She captioned the video as, “HAVE YOU EVER SEEN THIS BEFORE?! What would you do?!”

According to NBC News, authorities have warned these drivers to return the money or face possible criminal charges.

In a joint statement, California Highway Patrol (CHP) and Federal Bureau of Investigation said, "Many of the motorists returned the money immediately to the officers; however, there were motorists observed driving from the scene with stolen money."

"The CHP would like to thank those motorists who have already returned money to their local CHP office and remind the public to do the right thing and return any money they found on the freeway,” NBC News quoted them as saying.