BJP MP from Barrackpore Arjun Singh’s car was allegedly ransacked by the TMC supporters in North 24 Parganas district on Sunday. 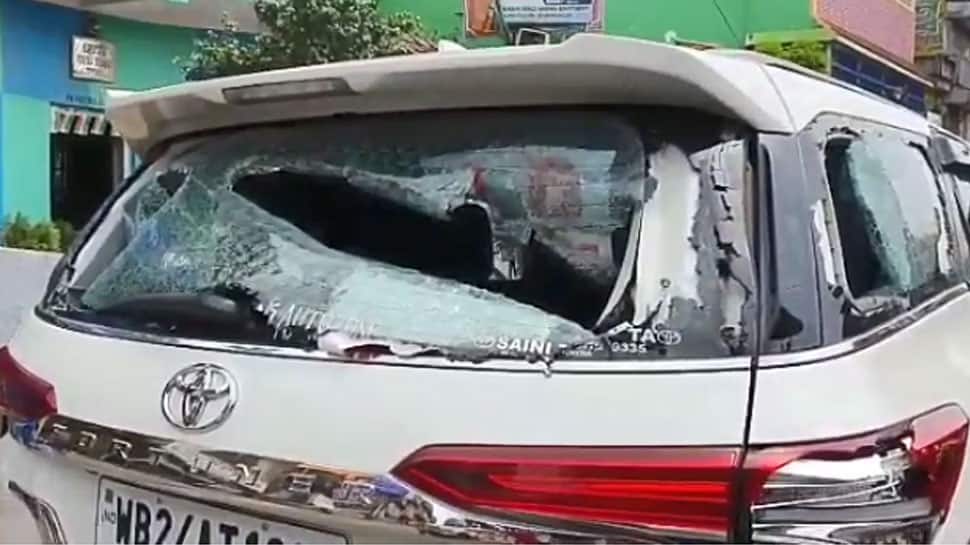 According to initial reports, the incident took place on the Feeder Road at Shyamnagar in North 24 Parganas district.

The BJP lawmaker had come to meet his party workers following reports of clashes between the TMC and BJP workers over attempts to capture the party office in the area.

Singh further alleged that the local police was present during the incident but did not do anything to stop the TMC goons from attacking his car.

Speaking about the incident, Singh said, ''They were trying to capture our party office. When I went to check, my car was vandalised. Police was also present at the spot."

Last month, bombs were hurled in front of Arjun Singh's residence at Bhatpara in North 24 Parganas district of West Bengal.

According to eye-witnesses, bullets were also fired throughout the night outside the MP's residence.

The incident took place when the chairman of BJP-run Bhatpara municipality Saurav Singh was heading towards his nephew MP Arjun Singh's residence.

Arjun Singh, an extremely popular leader in Bhatpara, had contested the 2019 Lok Sabha election as a BJP candidate after being denied ticket by Mamata Banerjee - his former party Trinamool Congress.

He is extremely popular in all the seven constituents - Amdanga, Bijpur, Naihati, Bhatpara, Jagatdal, Noapara and Barrackpore - of his Lok Sabha constituency.