A source revealed that on Friday, Nusrat was seen partying with her friends on the occasion of her husband Nikhil Jain's birthday. 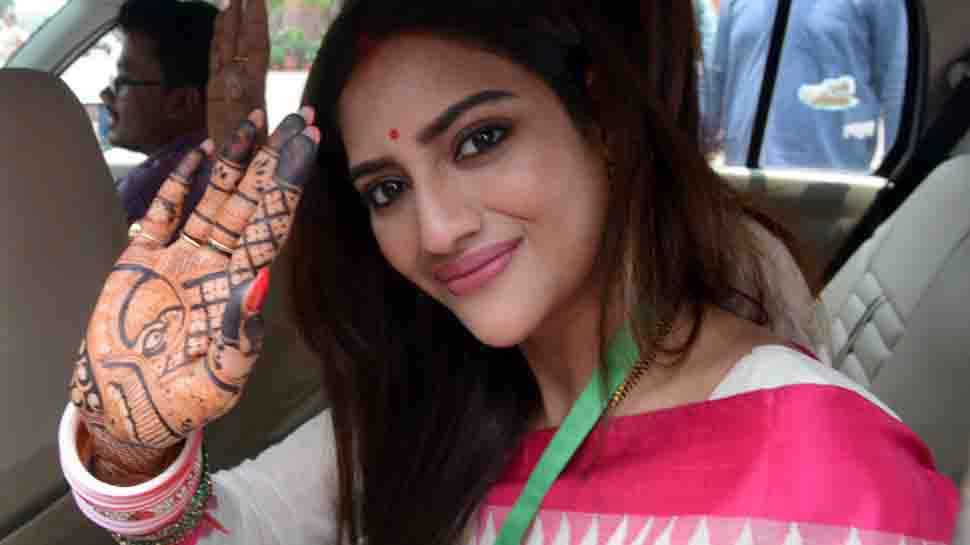 New Delhi: Bengali actress and newly-elected MP from Basirhat, Nusrat Jahan was admitted at Kolkata's Apollo hospital after a reported medicine overdose. As per reports, Nusrat was rushed to the hospital at around 9:30 pm on Sunday.

A police case has been registered on the matter for medicine overdose. Meanwhile, the hospital authority and police are completely tight-lipped and haven't divulged anything.

The spokesperson the actress issued a statement saying, "Dear friends. Nusrat has been admitted to a hospital due to a respiratory issue. She has a record of Asthma in the past as well. We wish her a speedy recovery & request kind co-operation of the Media."

A source revealed that on Friday, Nusrat was seen partying with her friends on the occasion of her husband Nikhil Jain's birthday.

Nusrat made her political debut after winning the 2019 Lok Sabha elections from the Basirhat constituency in West Bengal. She emerged as the winner by a margin of 350,000 votes against BJP candidate Sayantan Basu. Soon after becoming an MP, Nusrat tied the knot with her businessman boyfriend Nikhil Jain in an intimate ceremony at Six Senses Kaplankaya, an upscale resort in Turkey.

The Bengali film actress was on the firing line of Muslim clerics for sporting symbols of HIndu matrimony like 'mangalsutra' and 'sindoor' since her marriage. She was also criticised for taking part in Durga Puja celebrations. Hitting out at the actress, a cleric of the Islamic seminary Darul Uloom Deoband had earlier asked her to change her name and her religion as she was 'defaming Islam and Muslims' by her actions. The cleric had also said that Muslisms do not offer prayers to anyone but Allah and what she had done (by offering prayers to Goddess Durga) was 'haraam' (sinful).