The West Bengal Chief Minister also urged the PM requesting to withdraw, recall, reconsider the decision and rescind the latest so-called order. The TMC chief said that she ‘shocked and stunned’ by unilateral order recalling the state’s Chief Secretary in her letter to the PM. 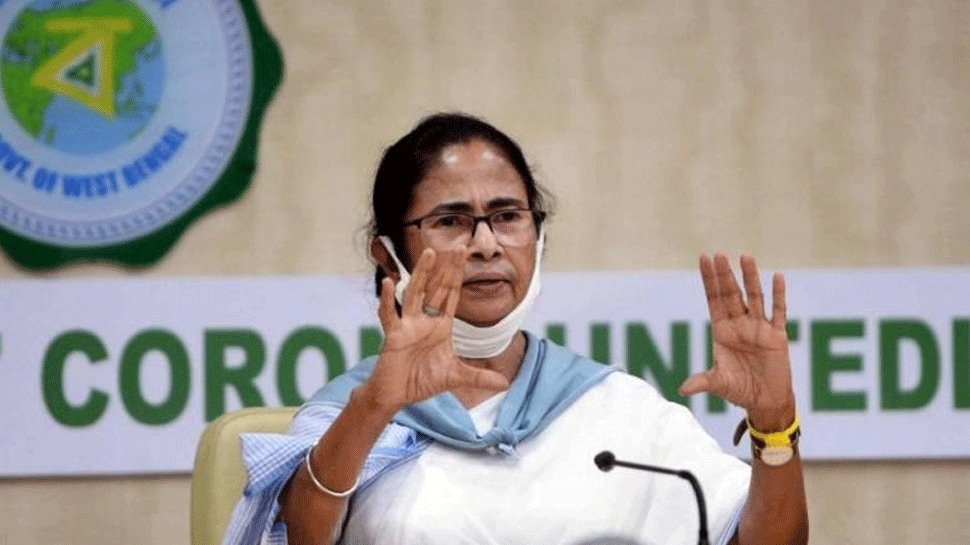 KOLKATA: West Bengal Chief Minister Mamata Banerjee on Monday said that her government won’t release Chief Secretary Alapan Bandyopadhyay for Central duty as he is needed for the COVID-19 management in the state.

The Chief Minister stated this in a letter to Prime Minister Narendra Modi in which she said, "West Bengal Govt can't release and is not releasing its Chief Secretary at this critical hour."

The West Bengal Chief Minister also urged the PM requesting to withdraw, recall, reconsider the decision and rescind the latest so-called order. The TMC chief said that she ‘shocked and stunned’ by unilateral order recalling the state’s Chief Secretary in her letter to the PM.

"I must confess that I have been shocked and stunned by the unilateral order dated 28 May 2021 sent to us by the Government of India, asking us to release Alapan Bandyopadhyay IAS, Chief Secretary, West Bengal, so that he may join the Government of India on 31 May 2021, the normal date of his superannuation," Banerjee said in her letter, calling the order "legally untenable, historically unprecedented and wholly unconstitutional".

Mamata also stated that she presumed that the earlier order, issued by the Centre was made in consultation with the state government extending Chief Secretary's tenure for three months from June 1, stands.

She further outlined that the All-India Service and laws framed for it have federal cooperation as the cornerstone of its legal architecture. Mamata, however, added that she did not understand what happened between the Centre’s order allowing extension to Chief Secretary on May 24 and then its unilateral order 4 days later.

West Bengal Chief Secretary Alapan Bandyopadhyay, whose sudden transfer order from the Centre days before his retirement has snowballed into a major controversy.

As the Bengal government has made its stand clear, it is unlikely that he will report to the Department of Personnel and Training on Monday. As of now, he is yet to get the nod from the state government, a highly placed source said. Bandyopadhyay was very much present at the state secretariat 'Nabanna' even on a Sunday, the sources said.

The Centre, in a surprise move, had on Friday night sought Bandyopadhyay's services and asked the state government to immediately release the top bureaucrat.

Bandyopadhyay, a 1987-batch IAS officer of the West Bengal cadre, was scheduled to retire on May 31 after completion of 60 years of age. However, he was granted a three-month extension following a nod from the Centre to work on Covid management.

In a communique to the state government, the Personnel Ministry on Friday said the Appointments Committee of the Cabinet has approved the placement of the services of Bandyopadhyay with the Government of India as per provisions of the Indian Administrative Service (cadre) Rules, 1954, "with immediate effect".

It also directed Bandyopadhyay to report to the Department of Personnel and Training, North Block, New Delhi by 10 am on Monday.

Chief Minister Mamata Banerjee had on Saturday called the Centre's decision to recall Bandyopadhyay as "unconstitutional" and "illegal", and appealed to the Union government to withdraw its order.