The Boeing 737 crashed minutes after an early-morning takeoff from Addis Ababa, killing all eight crew and 149 passengers on board, including tourists, business travellers. 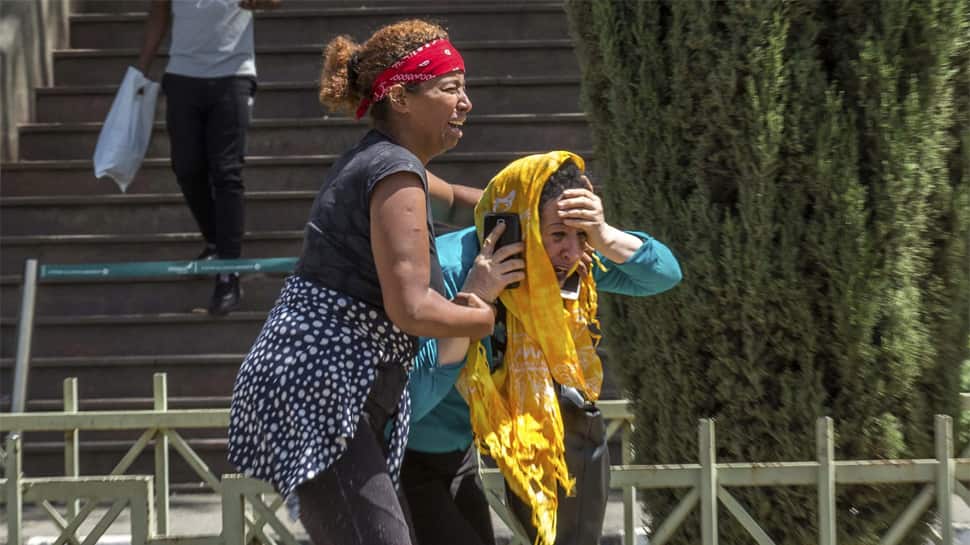 New Delhi: Four Indians, including a UN consultant attached with the Environment Ministry, were among those killed when a Nairobi-bound Ethiopian Airlines plane crashed after taking-off from Addis Ababa, External Affairs Minister Sushma Swaraj said on Sunday.

The Boeing 737 crashed minutes after an early-morning takeoff from Addis Ababa, killing all eight crew and 149 passengers on board, including tourists, business travellers, and the United Nations Development Programme (UNDP) consultant attached with the Environment Ministry, Shikha Garg, who was on her way to attend a United Nations Environment Programme (UNEP) meeting.

Condoling the deaths, Prime Minister Narendra Modi tweeted: "Anguished by the loss of lives due to the crash of an Ethiopian Airlines plane. My thoughts are with the bereaved families."

"I am sorry to know about the unfortunate crash of Ethiopian Airlines plane ET 302. We have lost four Indian nationals in the air crash. I have asked Indian High Commissioner in Ethiopia to provide all help and assistance to the bereaved families," Swaraj tweeted.

She said the Indian Embassy in Ethiopia has informed her that the deceased Indian nationals are Vaidya Pannagesh Bhaskar, Vaidya Hansin Annagesh, Nukavarapu Manisha and Shikha Garg.

"My colleague Dr Harsh Vardhan (Environment Minister) has confirmed that Ms Shikha Garg is a Consultant with the Ministry of Environment and Forests. She was travelling to attend the UNEP meeting in Nairobi," Swaraj said.

"My condolences to the families of four Indian nationals who have died in an unfortunate crash of Ethiopian Airlines. Sadly, a UNDP consultant attached to my ministry @moefcc Ms Shikha Garg, also died in the crash. My prayers for the departed souls," Harsh Vardhan tweeted.

People from 35 countries were reportedly on board flight ET 302 when it ploughed into a field 60 kilometres southeast of Addis Ababa.

Ethiopian Airlines said the plane had taken off at 8:38 am (0538 GMT) from Bole International Airport and "lost contact" six minutes later. It came down near Tulu Fara village outside the town of Bishoftu.

The carrier, which changed its logo on Twitter to black and white from its trademark green, yellow, and red, said: "there are no survivors".

Ethiopian Airlines said Kenya had the largest number of casualties with 32, followed by Canada with 18, Ethiopia nine, then Italy, China, and the United States with eight each, reports said. Britain and France each had seven people on board, Egypt six, and Germany five. Twelve countries in Africa and 14 in Europe had citizens among the victims.