"I don't think Ashraf Ghani's escape from Afghanistan has either helped him or those around him. This will be a dark chapter in our history," said former vice president Amrulla Saleh. 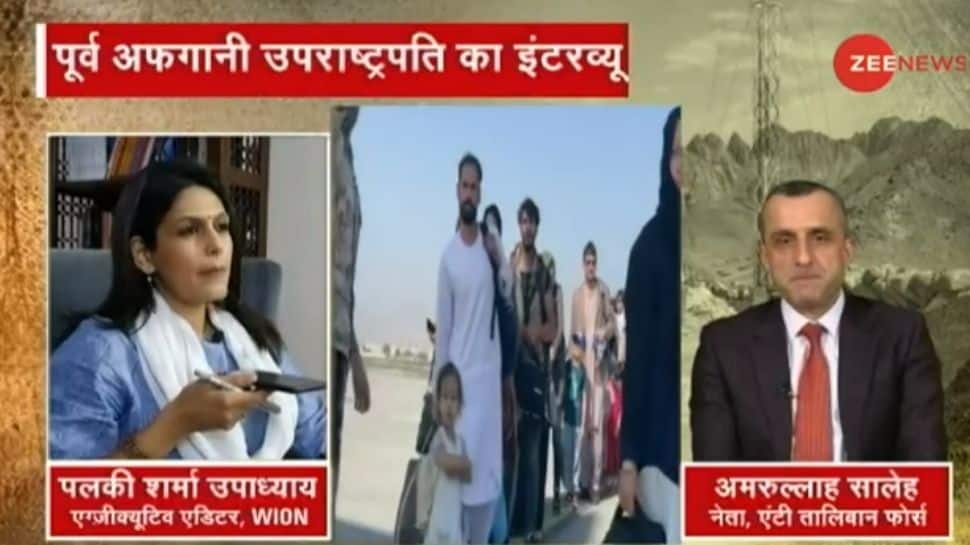 New Delhi: Former vice president of Afghanistan Amrulla Saleh on Thursday (August 26, 2021) said that former president Ashraf Ghani leaving the country was a "stain on our history.” In an exclusive interview with WION's Palki Sharma, he said, “Ghani’s escape shattered whatever positivity was left about his image,” adding that "at the right moment he did not show a sense of sacrifice and a sense of giving back to the country, I feel very sorry that.”

About former president Ashraf Ghani’s escape from the war-ravaged country, Saleh stated that had Ghani stayed in the nation and honoured his word it would have been much better both for "his legacy and the Afghan people".

Former vice president Amrulla Saleh also slammed Ghani on his hollow words and promises. Saled revealed that Ghani had claimed that, "I am a fan of King Amanullah", the leader who had regained independence from the British, however, when the time came for him to act like King Amanullah, he fled the country.

The former Afgan vice president went on to reason that even if Ghani was imprisoned by the Taliban miscreants it would have been a "rallying point" for the Afghans. Ghani’s capture would have led to an outcry in the international community and things could have been different.

"I don't think his escape from Afghanistan has either helped him or those around him. This will be a dark chapter in our history," Saleh claimed.

During the interview, the former vice president also spoke about the reason behind his decision of not to fleeing Afghanistan. "If a person of my stature and history tries to escape it would be disgraceful and a historic shame,” Saleh exclaimed.

"I share every hardship that the Afghans are facing"

"When the country is seeking our trust if we escape it would dishonouring the sacrifices of the Afghan people,” Saleh said, adding that he did “not want to be part of that disgrace, humiliation and historic shame."

"I am with the Afghan people and I am on my soil, I share their pain and frustration," he said. Saleh also declared that he is prepared to share "every hardship" with the citizens of Afghanistan.

Meanwhile, earlier on Thursday, the US embassy in Kabul has advised the American citizens not to travel to the Hamid Karzai International Airport at this time amid reports of security threats outside the gates of Kabul airport.

Additionally, the US Secretary of State Antony Blinken revealed the United States has so far evacuated over 82,000 people from Kabul, with about 19,000 in the last 24 hours alone, in "one of the largest" airlifts in world history. Starting on August 14, the day when the Taliban toppled the US-backed Afghanistan government, there were 6,000 American citizens in the war-torn country who wanted to leave.