The incident reportedly took place on Monday morning around 9:15 AM. 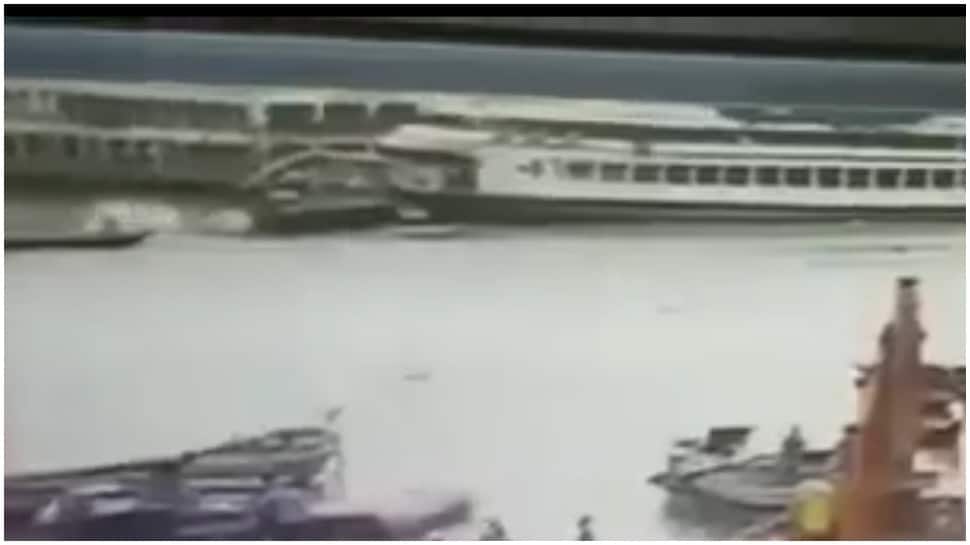 (Screen grab of a CCTV video)
Share:
Written By:

Dhaka: At least 32 bodies have been recovered so far after a boat capsized in the Buriganga River in Bangladesh's capital Dhaka on Monday (June 29).

According to survivors, the boat named ML Morning Bird had around 50 passengers on board when it sank in the river along the Shyambazar area of Old Dhaka.

"ML Morning Bird was hit by another launch, Moyour-2, which was bigger than its size. The launch soon went underwater," Dhaka Tribune quoted Rojina Akhter, a duty officer of the fire service headquarters.

"Thirty-two bodies have been retrieved so far. Search is on for the missing ones," said a Bangladesh Inland Water Transport Authority (BIWTA) official.

The incident reportedly took place on Monday morning around 9:15 AM.

“As per the design, the capacity of the launch is to carry 45 passengers but it seems to have carried a few more passengers. However, the launch was capsized due to a clash with another launch,” added Commodore Golam Sadeq.

He stated that as most of the bodies have been recovered, they are now trying to pull up the drowned launch and will have more information on the cause of the accident.

Meanwhile, Prime Minister Sheikh Hasina has expressed grief and shock over the loss of lives in the incident.

US President Donald Trump tweets video with ‘white power’ chant, then deletes it