No group has claimed responsibility of the attack. 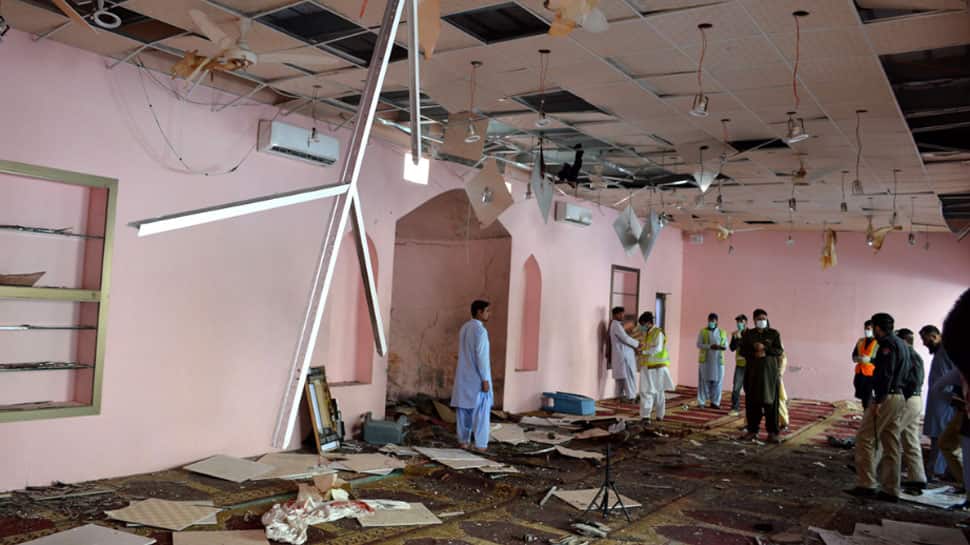 Islamabad: A powerful explosion ripped through a mosque ahead of Friday prayers in Pakistan, killing at least three persons and injuring 28 others in the restive Balochistan province, police said.

The blast, triggered through an Improvised Explosive Device (IED), targeted the Rehmania Mosque in Pashtunabad area of the provincial capital Quetta, they said.

No group has claimed responsibility of the attack.

"Three people, including the prayer leader, died in the blast while 28 other worshipers were injured," Balochistan Deputy Inspector General of Police Abdul Razzaq Cheema said, adding the blast occurred just before the Friday prayers started.

The injured were shifted to Civil Hospital Quetta.

Alvi expressed deep grief and sorrow over the loss of precious lives and prayed for the early recuperation of those injured in the incident.

A security official said that the death toll could rise as it was a powerful explosion.

Balochistan Chief Minister Jam Kamal Khan Alyani condemned the blast and summoned a report on the incident. He expressed grief over the deaths and multiple injuries caused by the blast.

The blast came days after terrorists attacked the Pearl Continental luxury hotel in the port city of Gwadar in Balochistan, killing at least eight persons, including four civilians and a Pakistan Navy soldier.

Balochistan, which borders Afghanistan and Iran, is Pakistan's largest and poorest province, rife with ethnic, sectarian and separatist insurgencies.

At least 20 people were killed and 48 others injured last month in a blast at a fruit and vegetable market in Quetta's Hazarganji area. The attack was claimed by the ISIS terror group.

On April 18, unidentified gunmen donning uniforms of paramilitary soldiers massacred at least 14 passengers, including Pakistan Navy personnel, after forcing them to disembark from buses on a highway in Balochistan.

The CPEC, launched in 2015, is a planned network of roads, railways and energy projects linking China's resource-rich Xinjiang Uyghur Autonomous Region with Pakistan's strategic Gwadar Port on the Arabian Sea.