Theoretically, the technology would make even older non-stealth fighter jets invisible to detection by radar. 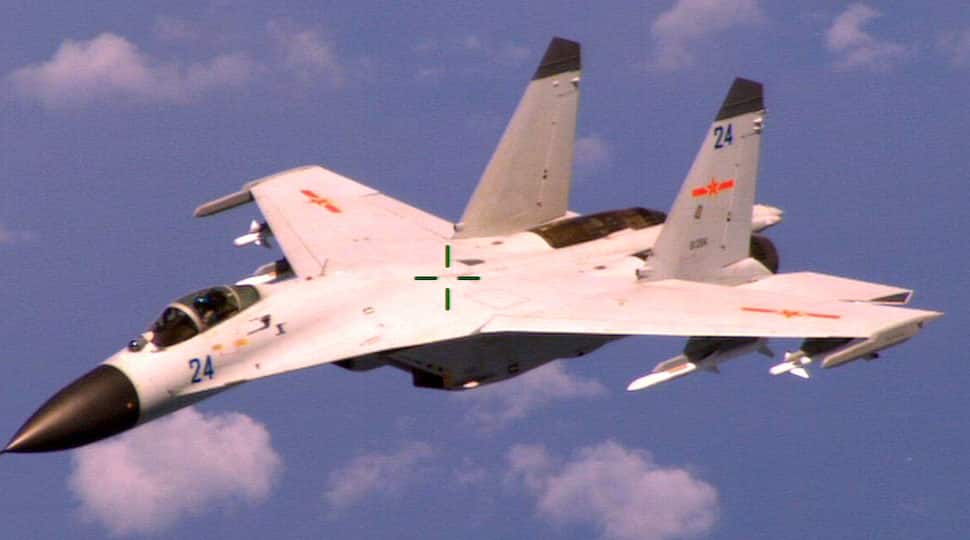 A Shenyang J-11 non-stealth fighter, the likes of which are likely to have been used in the 'metamaterial' test. (Picture: US Navy)
Share:
Written By:

China has for long been trying to develop stealth technology for its fighter aircraft, and the end results have been questioned by experts. However, the Asian giant seems to be taking the problem in a manner that's totally different from how the West, particularly the US. The Chinese are trying to develop materials that when used to cloak aircraft, can even make older non-stealth aircraft nearly invisible.

Reports in Chinese media have referred to it as the 'cloak of invisibility'. This approach is different from the Western methods of relying on stealthy airframes and surfaces for the aircraft. It will rely on 'metamaterials' to either absorb or deflect radio waves, theoretically making the aircraft invisible on command.

The news is likely to gain sustained interest and analysis in defence circles because it would help turn much older aircraft into stealth variants.

Stealth technology is not a single unit of technical know-how. It is more of a collection of design principles and material usage that helps an aircraft or a ship minimise its radar cross-section. That means a massive craft will show up as a much smaller object when it is picked up by a radar. The very idea of stealth is aimed at giving fighter jets more time before they are detected, cutting down on the reaction time available to the adversary.

For instance, the Lockheed Martin F-22 Raptor, considered the pinnacle of stealth technology so far, has wings that stretch 13.56 meters from tip to tip. But it will be detected by radar as an object that's the size of a steel marble, according to some estimates. The technologies and radar-absorbent materials developed for the F-22 are presently available only to the US, and that's why the manufacturer is banned from selling the F-22 to anyone other than the US military.

The Chinese have claimed that their bid at building a stealth fighter - the Chengdu J-20 - has been successful. But defence experts have raised doubts on what they point out are design elements that are fundamentally anti-stealth - like the J-20's canards.

The Chinese are now testing the metamaterial 'cloak of invisibility' on non-stealth aircraft at a testing facility near Eastern China's Shenyang, Chinese media have reported. The metamaterials used were developed at the State Key Laboratory of Millimetre Waves at Nanjing's Southeast University.

The 'metamaterial' is a layer that features microscopic structures similar to integrated circuits. The metamaterial can alter the way radio waves bounce off its surface to create a ghost image or minimise echo on a radar.

However, the reports did note that there are significant difficulties to be surmounted before the technology can come to fruition. The team developing the material had said in 2011 that it could absorb the three most commonly used military radar waves. In 2013, they claimed to have developed a 'ghost illusion device' that render the aircraft with almost no radar signature.

But 'metamaterials' alone would not be enough to equip an aircraft with stealth. It would only be a piece of the puzzle. Metamaterials are also difficult to mass-produce, placing crushing curbs on their widespread use.

Either way, the Chinese may be doing the same things the Americans did, but time will tell whether their difference in approach will help them reach an innovative result that the world has not seen yet.