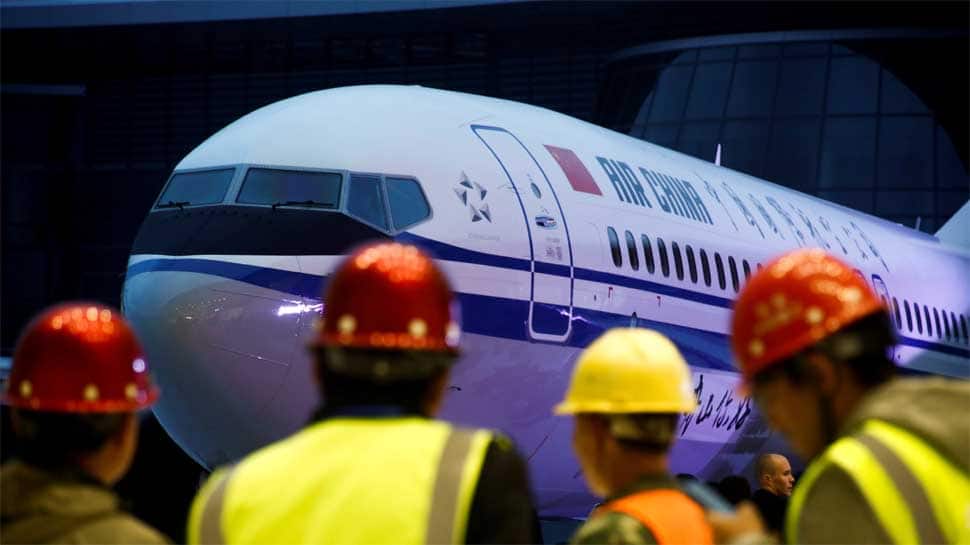 An Ethiopian Airlines 737 Max 8 bound for Nairobi crashed minutes after take-off on Sunday, killing all 157 people on board.

It was the second crash of the 737 MAX, the latest version of Boeing`s workhorse narrowbody jet that first entered service in 2017.

In October, a 737 MAX flown by Indonesian budget carrier Lion Air flying from Jakarta on a domestic flight crashed 13 minutes after take-off, killing all 189 passengers and crew on board.

"Given that two accidents both involved newly delivered Boeing 737-8 planes and happened during take-off phase, they have some degree of similarity," the CAAC said, adding that the order was in line with its principle of zero-tolerance on safety harzards.

The cause of the Indonesian crash is still being investigated. A preliminary report issued in November, before the cockpit voice recorder was recovered, focused on airline maintenance and training and the response of a Boeing anti-stall system to a recently replaced sensor but did not give a reason for the crash.

Caijing, a Chinese state-run news outlet that covers finance and economics, said many flights scheduled to use 737 Max planes would instead use the 737-800 models.

A US official told Reuters the United States was unsure of what information China was acting on.

The US official, speaking on condition of anonymity due to the sensitivity of the matter, said there were no plans to follow suit given the 737 MAX had a stellar safety record in the United States and there was a lack of information about the cause of the Ethiopian crash.

SAFETY STANDARDS
According to flight tracking website FlightRadar24 there were no Boeing 737 Max 8 planes flying over China as of 0043 GMT on Monday.

Most of Air China Ltd`s 737 MAX fleet of 15 jets landed on Sunday evening, with the exception of two that landed on Monday morning from international destinations, according to data on FlightRadar24.

It did not list any upcoming scheduled flights for the planes, nor did China Southern Airlines Co, which also has its fleet on the ground.

Cayman Airways has grounded both of its new 737 MAX 8 jets until more information was received, the Cayman Islands airline said in a statement on its website.

Fiji Airways said it had followed a comprehensive induction process for its new Boeing 737 MAX 8 aircraft and it had full confidence in the airworthiness of its fleet.

"We continue to ensure that our maintenance and training programme for pilots and engineers meets the highest safety standards," the airline said.

Singapore Airlines Ltd, whose regional arm SilkAir operates the 737 MAX, said it was monitoring the situation closely, but its planes continued to operate as scheduled.

Indonesia said it would continue to monitor its airlines operating the 737 MAX, which include Lion Air and Garuda Indonesia but it did not mention any plan to ground the planes.