Chinese billionaire He Xiangjian rescued after kidnappers broke into his villa; five arrested

Founder of Midea Group, He Xiangjian, 77, is estimated to be worth US$25 billion and ranked the 6th richest person in China by Forbes. His company is one of the world’s largest home appliance makers. 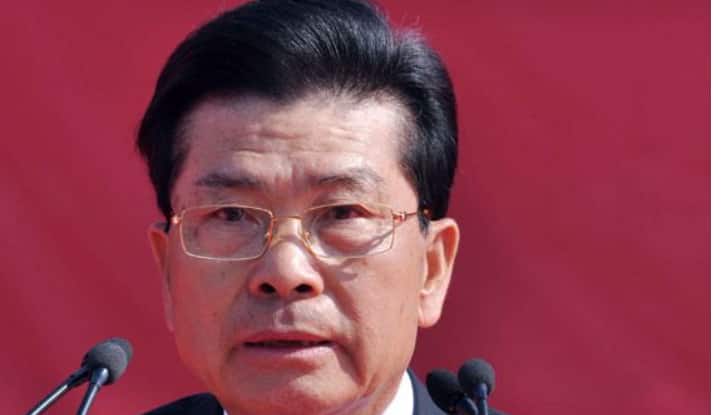 New Delhi: A Chinese billionaire, abducted by kidnappers carrying explosives at his home in Foshan, Guangdong province, breaking into his luxury villa in southern China over the weekend has been rescued, according to a local Chinese media report

Founder of Midea Group, He Xiangjian, 77, is estimated to be worth US$25 billion and ranked the 6th richest person in China by Forbes. His company is one of the world’s largest home appliance makers.

He Xiangjian's only son, 55-year-old He Jianfeng, reportedly sneaked out of the villa and swum across a river next to it to call the police, according to an online news website TMTPost. Five suspects have been arrested on Monday, and no one was hurt during the arrest, said the South China Morning Post citing an official police statement.

“The victim, surnamed He, was safe,” the police is quoted as saying. Public security bureaus at the provincial, city, and district levels all reportedly “paid high attention to the case after receiving the report, and quickly dispatched officers to rush to the site.”

On Sunday, the police received the report that miscreants had broken into a residence at Royal Orchid International Golf Villa, an upmarket project developed by Midea Group that includes an 18-hole golf course and sports center.

The Midea Group has also thanked the police, media, and all parties after reposting the police statement on its official social media account on Weibo, the report said.

According to the SCMP report, the dramatic rescue has brought to public attention the stunning wealth of He, who has maintained a much lower profile than many of his tycoon peers, such as the country’s richest man, Jack Ma of Alibaba Group and Pony Ma Huateng, founder of Tencent Holdings.

He is reported to have a humble beginning. He started to build his Midea empire – now listed in Shenzhen with a market value of 419 billion yuan (US$59 billion) – from scratch when he was 26 years old. A school drop out, he is said to have worked in factories and on farms to make ends meet in the economic backwater of Beijiao town in Foshan.

Against the odds, He came up with an idea to start a small production line and led 23 local residents to raise 5,000 yuan and began to make plastic bottle caps in 1968. He drank only sugar water for breakfast and slept in train stations when he went on business trips to marketplaces elsewhere in China, according to reports.

He is said to have experimented with many different products before seizing an opportunity to make electric-fan production in the late 1970s. He named his fan factory Midea in 1981 and developed an all-plastic model in 1984, which helped the company to establish a solid footing and commence the production of air conditioners a year later.

In 1988, the company reportedly got permission to export its air conditioners to overseas markets, eventually achieving an impressive 120 million yuan worth of production that year. The company went public in Shenzhen in 1993 as the first township enterprise to be listed.

He retired in 2012, his family still controls about a third of Midea, besides controlling six other listed companies, including Midea Properties in Hong Kong and German robotics company Kuka, the SCMP added.