Inspectors have concluded that a "toxic chemical" containing chlorine was used in an attack last April in the Syrian town of Douma, at the time held by rebels but besieged by pro-government forces, the global chemical weapons agency said on Friday. 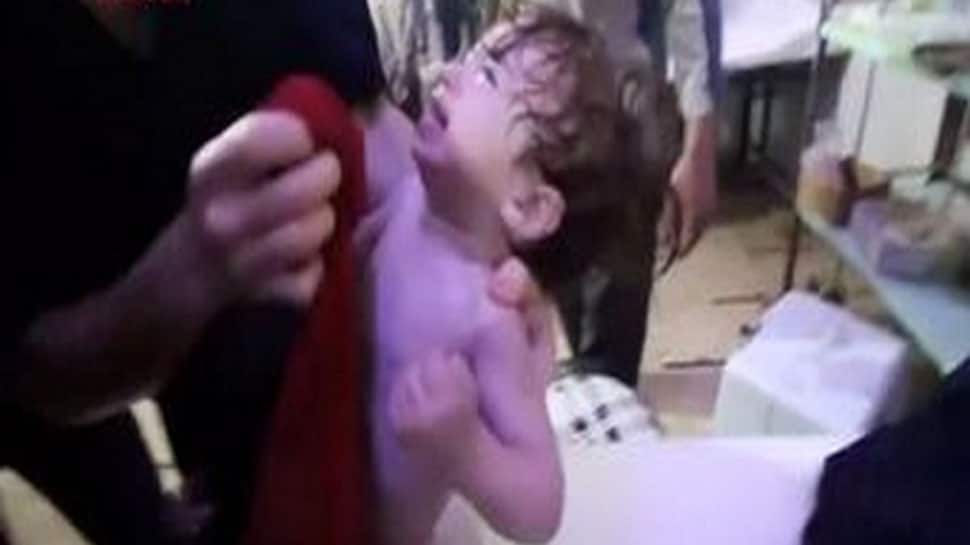 AMSTERDAM: Inspectors have concluded that a "toxic chemical" containing chlorine was used in an attack last April in the Syrian town of Douma, at the time held by rebels but besieged by pro-government forces, the global chemical weapons agency said on Friday.

The attack on April 7, 2018, killed dozens of civilians and prompted air strikes against the Syrian government by Britain, France and the United States.

During an investigation in mid-April, inspectors from the Organisation for the Prohibition of Chemical Weapons (OPCW) visited two sites in Douma to interview witnesses and take samples, which have been analysed in OPCW-affiliated national laboratories.

The investigation did not assign blame, but the information gathered provided "reasonable grounds that the use of a toxic chemical as a weapon has taken place on 7 April 2018".

The OPCW has documented systematic use of the banned nerve agent sarin and chlorine in Syria`s civil war, now nearing its eighth year.

From 2015 to 2017 a joint U.N.-OPCW team had been appointed to assign blame for chemical attacks in Syria. It found that Syrian government troops had used the nerve agent sarin and chorine barrel bombs on several occasions, while Islamic State militants were found to have used sulphur mustard.

In June, the OPCW`s member states granted the organisation new powers to assign blame for chemical weapons attacks, but that was not the mandate of the team that carried out the Douma inquiry.

"It’s clear that the organization’s new unit for attributing blame for chemical weapons attacks in Syria has its work cut out. Those responsible for the use of these banned weapons should be unmasked and held to account.”

The OPCW is also looking into an alleged gas attack last November in Aleppo that reportedly made up to 100 people ill. The Syrian government and its ally, Russia, blamed that attack on insurgents.