COVID-19 crisis: Five tonnes of oxygen concentrators dispatched from US to India

India is witnessing a deadly COVID-19 wave, with the country reporting over 3 lakh daily cases from the last few days. 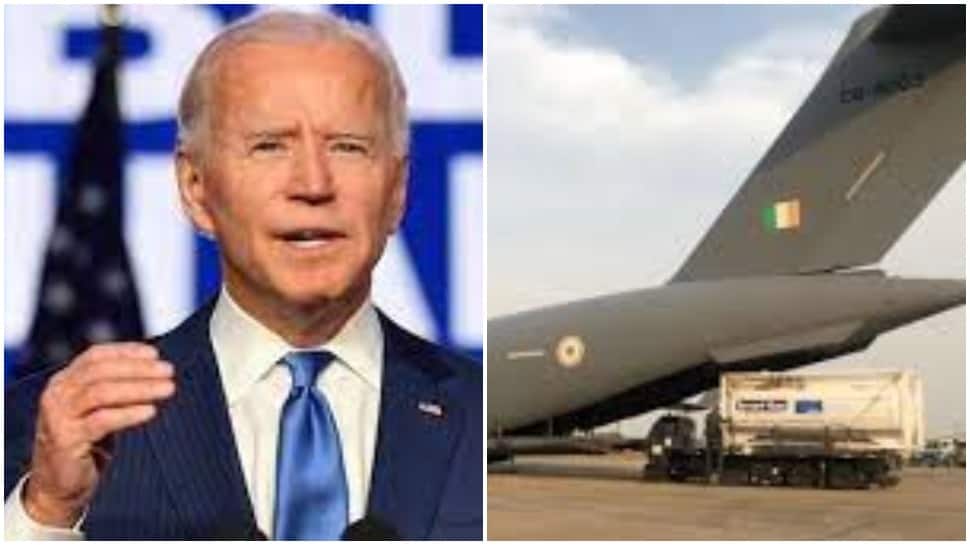 Washington: Over three hundred oxygen concentrators have been dispatched on Sunday (April 25) morning from New York to India, according to a Government of India official based in the United States.

Air India`s A102 is transporting five tonnes (5000kg) of oxygen concentrators as cargo from the John F. Kennedy International Airport in New York and is scheduled to land in Delhi by Monday (April 26) noon.

The wide-bodied passenger aircraft will operate non-stop for over 15 hours. India is witnessing a deadly COVID-19 wave, with the country reporting over 3 lakh daily cases from the last few days.

The country is facing a critical shortage of oxygen amid a devastating surge in COVID-19 infections."Apart from this consignment that`s has been shipped by Philips Atlanta, additional flights carrying oxygen concentrators will take off from San Francisco and Newark to transport hundreds of concentrators.

The next flight from the US to India is scheduled to depart from Newark airport and will land in Delhi on April 27," the Indian government official based in the United States told ANI.

"The Indian American community, NGO`s and individual are inquiring about the logistics of ways to reach out to those who are impacted the most by the pandemic in India," the source added.

Earlier in the day, US president Joe Biden said that the United States is determined to "help" India as it faces an unprecedented COVID-19 crisis.

"Just as India sent assistance to the United States as our hospitals were strained early in the pandemic, we are determined to help India in its time of need," Biden tweeted.

The United States has announced that it will provide the raw material required for the Indian manufacture of the Covishield vaccine to India.

The announcement was made after National Security Advisor Jake Sullivan spoke on the phone with Indian counterpart Ajit Doval, expressing deep sympathy for the people of India following the recent spike in COVID-19 cases.

According to a readout from The White House, Sullivan affirmed America`s solidarity with India. US and India are the two countries with the greatest number of COVID-19 cases in the world.

Just as they did...: US President Joe Biden 'determined' to help India in time of need amid COVID-19 crisis