The drive to reach the moon reflects US President Donald Trump's desire to champion a bold new national objective as he mounts a re-election bid. 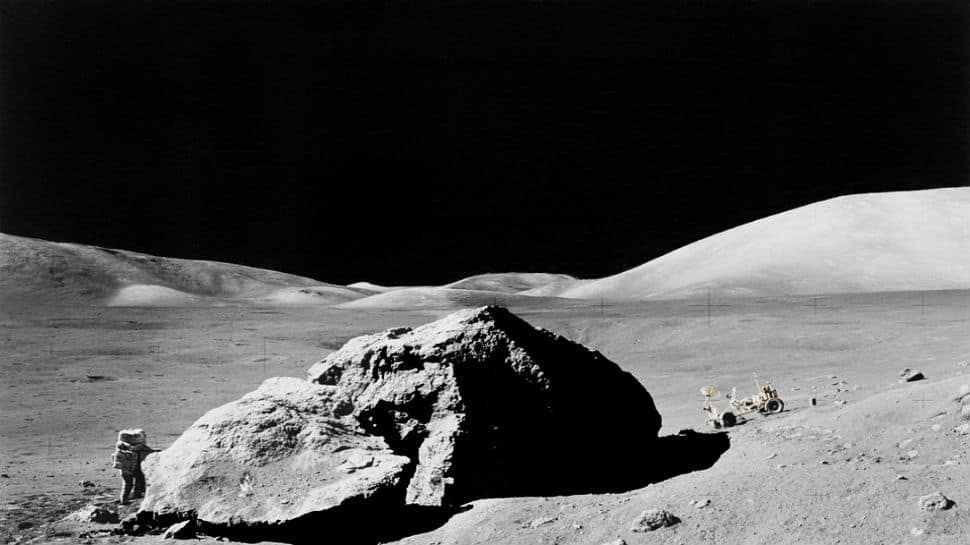 US Vice President Mike Pence announced on Tuesday an accelerated goal of putting Americans back on the moon within five years "by any means necessary," and NASA`s top official immediately embraced the challenge.

Pence, chairing a meeting of the National Space Council at NASA`s Marshall Spaceflight Centre in Huntsville, Alabama, borrowed from the vocabulary of the Cold War era in declaring, "We`re in a space race today, just as we were in the 1960s."

Setting such an ambitious goal - one likely to cost tens of billions of dollars - comes as NASA has struggled with the help of private partners to resume human space missions from US soil for the first time since the shuttle program ended in 2011.

The drive to reach the moon reflects President Donald Trump`s desire to champion a bold new national objective as he mounts a re-election bid, while also seeking to counter the potential space weaponry capabilities of Russia and China.

NASA had previously aimed to return astronauts to the lunar surface by the year 2028, after first putting a "Gateway" station in orbit around the moon by 2024.

The US Apollo program, NASA`s forerunner to the effort at returning humans to Earth`s natural satellite, tallied six manned missions to the moon between 1969 and 1972.

So far, only two other nations have conducted "soft" landings on the moon - the former Soviet Union and China - but those were with unmanned robot vehicles.

"It`s time for the next giant leap," Pence said, alluding to the famed words spoken by astronaut Neil Armstrong upon becoming the first man to step onto the moon in 1969.

He added, "In order to accomplish this, NASA must transform itself into a leaner, more accountable and more agile organization."

Pence`s remarks caused some initial confusion over whether a "return" to the moon necessarily meant landing astronauts on the moon or putting them into lunar orbit by 2024. But NASA officials later clarified a moon landing within five years was, indeed, the stated objective.

Testifying before a US Senate committee two weeks ago, Bridenstine said NASA was about two years away from launching its next big rocket and capsule vehicle - the Space Launch System, or SLS, designed to carry crews and cargo beyond Earth orbit. Boeing Co. is the primary contractor for the SLS rocket engines.

Bridenstine said NASA was considering moving forward with a less powerful commercial rocket, perhaps a vehicle built by SpaceX or the Boeing-Lockheed Martin partnership United Launch Alliance, to get an uncrewed capsule into space by 2020. After Tuesday`s announcement, Bridenstine said he was sure NASA could achieve a successful SLS flight by next year.

In November, NASA named nine US companies, including Lockheed Martin Corp, that would compete for funding under the space agency`s renewed private-public partnership for developing technology to explore the lunar surface.

NASA has already set its sights on the moon`s south pole, a region believed to hold enough recoverable ice water for use in synthesizing additional rocket fuel.

NASA also sees the moon as a way station en route to an eventual manned mission to Mars, which Bridenstine has said might be accomplished by the mid-2030s.