Tensions in the Gulf region are high, with fears that the United States and Iran could stumble into war. 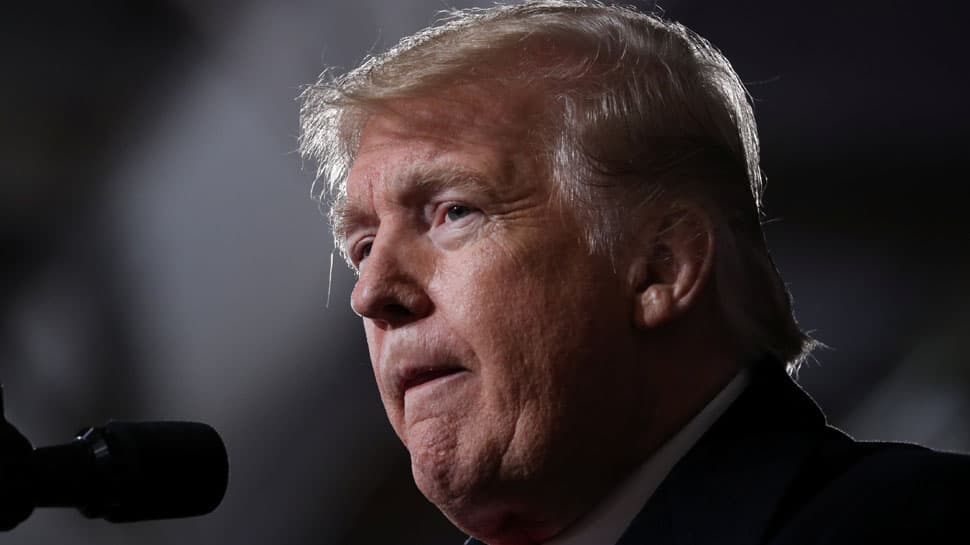 WASHINGTON: The United States said on Thursday that a US Navy ship had "destroyed" an Iranian drone in the Strait of Hormuz after the aircraft threatened the vessel, but Iran said it had no information about losing a drone.

In the latest episode to stir tensions in the Gulf, US President Donald Trump told an event at the White House that the drone had flown to within 1,000 yards (metres) of the USS Boxer and had ignored "multiple calls to stand down."

"This is the latest of many provocative and hostile actions by Iran against vessels operating in international waters. The United States reserves the right to defend our personnel, facilities and interests," Trump said. “The drone was immediately destroyed,” he added.

Iranian Foreign Minister Mohammad Javad Zarif told reporters at the United Nations: "We have no information about losing a drone today."

The Pentagon said in a statement that the USS Boxer, an amphibious assault ship, had taken "defensive action" against a drone on Thursday morning as the Boxer was moving into the Strait of Hormuz.

“We do assess it was an Iranian drone," said Commander Rebecca Rebarich, a Pentagon spokeswoman.

Tensions in the Gulf region are high, with fears that the United States and Iran could stumble into war.

The United States has blamed Iran for a series of attacks since mid-May on shipping around the Strait of Hormuz, the world`s most important oil artery. Tehran rejects the allegations.

Iran in June shot down a US military surveillance drone in the Gulf with a surface-to-air missile. Iran says the drone was in its airspace, but Washington says it was in international skies.

Trump said at the time the United States had come close to launching a military strike on Iran in retaliation for the downing of the US drone.

The increased use of drones by Iran and its allies for surveillance and attacks across the Middle East is raising alarms in Washington.

The United States believes that Iran-linked militia in Iraq have recently increased their surveillance of American troops and bases in the country by using off-the-shelf, commercially available drones, U.S. officials say.

A US official, speaking on condition of anonymity, said the drone on Thursday was brought down through electronic jamming.

Relations between the United States and Iran have worsened since last year when Trump abandoned a 2015 deal between world powers and Iran in which Tehran agreed to restrict nuclear work in return for the lifting of sanctions.

The United States has reimposed sanctions to throttle Iran`s oil trade and says it wants to increase pressure on Tehran to renegotiate the accord, discuss its ballistic missile programme and modify its behaviour in the Middle East, where Washington is allied to several Arab states opposed to Iran.

Iran`s clerical rulers have ruled out renegotiating the nuclear deal or holding talks on its missile programme, which it says is purely defensive.

But Zarif told reporters on Thursday that Iran had offered to make a concession on its nuclear programme - to ratify a document prescribing more intrusive inspections - if the United States abandoned its economic sanctions - a proposal that drew US scepticism.

"If Iran wants to make a serious gesture, it should start by ending uranium enrichment immediately," a US senior administration official said, adding any talks should include "a permanent end to Iran’s malign nuclear ambitions, including its development of nuclear-capable missiles."

Earlier on Thursday, the United States demanded Iran immediately release a vessel it seized in the Gulf, and a US military commander in the region said the United States would work "aggressively" to ensure free passage of vessels through the vital waterway.

Iran played down the seizure of the ship, which it said was a small vessel that was smuggling oil.

"We do this (inspecting ships) every day. These are people who smuggle our oil,” Iran`s Press TV quoted Zarif as saying, adding: "It was a small ship used to smuggle 1 million litres – not 1 million barrels – of crude oil."

Washington has recently beefed up its military presence and the U.S. Fifth Fleet, based in Bahrain, says that Gulf Arab states have stepped up patrols.

Revolutionary Guards Commander-in-Chief Hossein Salami said on Thursday that Iran had adopted a defensive strategy, but warned that "if our enemies make any mistakes ... our strategy can become an offensive one."

Oil prices jumped on Thursday after news of the ship seizure. They later fell, however, on weakness in U.S. equities markets and an expectation that crude output would rise in the Gulf of Mexico following last week`s hurricane in the region.

The United States on Thursday imposed sanctions on an international network of companies and their agents it said were involved in the procurement of materials for Iran`s nuclear programme.