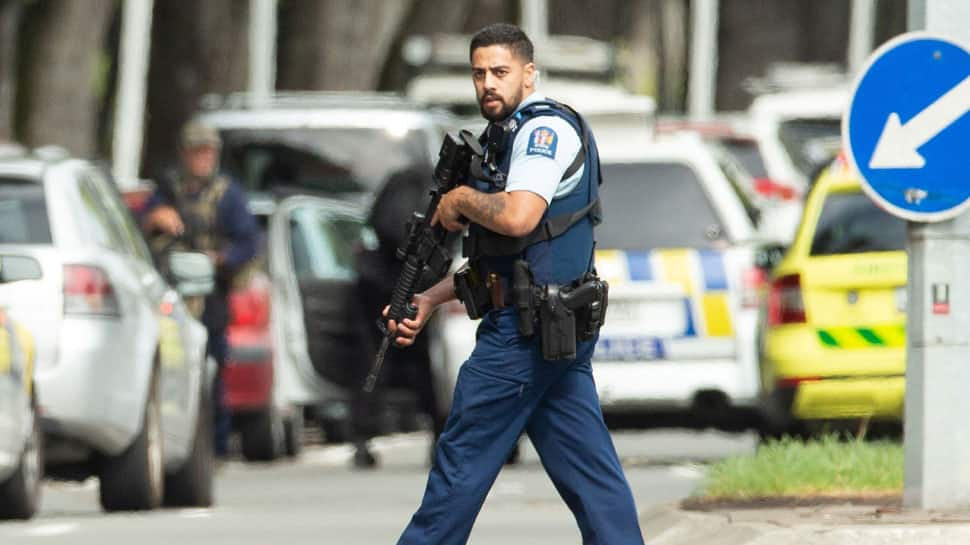 Christchurch: New Zealand police warned against sharing footage relating to a deadly shooting in Christchurch on Friday, after a video online showed a gunman filming himself firing at worshippers inside a mosque.

"Police are aware there is extremely distressing footage relating to the incident in Christchurch circulating online," New Zealand police said in a Twitter post.

"We would strongly urge that the link not be shared. We are working to have any footage removed." according to a copy of a Facebook Live video that shows a clean-shaven, Caucasian man with short hair driving to a mosque, then shooting as he enters the building.

The gunman continues to shoot at people inside the mosque, some of whom were trying to flee while others were huddled in corners of the building, according to the copy of the video that AFP found on YouTube.

News agency AFP confirmed the video was genuine through a digital investigation that included matching screenshots of the mosque taken from the gunman's footage with multiple images available online showing the same areas.

This included the entrance of the mosque, which has a number of distinct features such as a fence, postbox and doorway.

Inside the mosque, the gunman's footage showed distinctively patterned green carpet that also matched images tagged on Google Maps as being at the same location.

Distinctive writing on the gunman's weapons seen in the footage also matched images posted on a Twitter account using the same name and cartoon profile picture as the Facebook Live video.