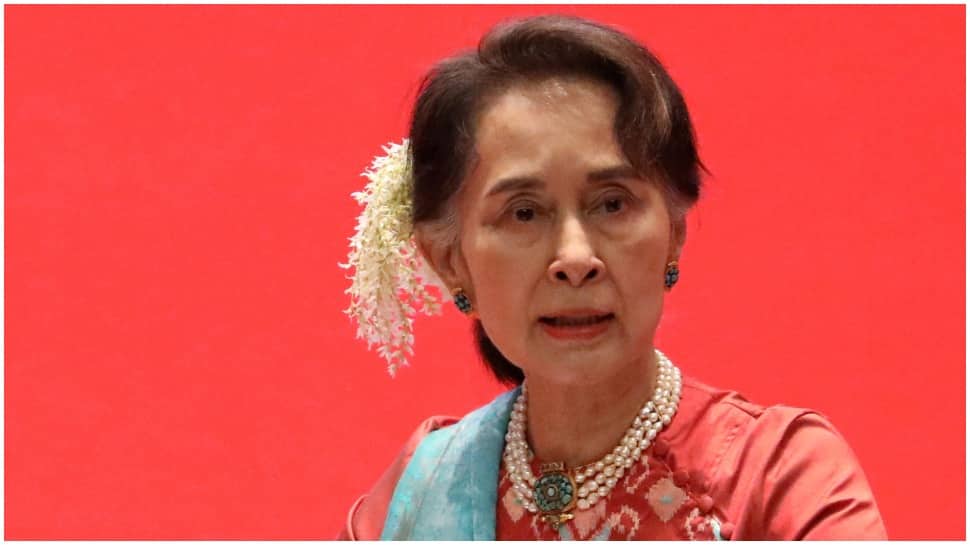 Myanmar Now said the decision was made during a meeting with political parties that was boycotted by many parties including the NLD.

The election fraud conducted by the NLD was illegal "so we will have to dissolve the party`s registration", the chairman of the junta-backed Union Election Commission (UEC), Thein Soe, was cited in the report as saying.

"Those who did that will be considered as traitors and we will take action," said Thein Soe.

A spokesman for the junta and for a pro-democracy national unity government, which includes ousted members of the NLD, did not immediately respond to requests for comment.

A spokesman for the military-backed Union Solidarity and Development Party said it had representatives at the meeting, which was still going on, and he was not aware of the outcome.

Myanmar`s army took power alleging fraud in a November election that was swept by the party of Suu Kyi, who fought for democracy for decades before tentative reforms began a decade ago. The electoral commission at the time had rejected the army`s complaints.

The security forces have killed more than 800 people since a wave of protests broke out after the coup, the Assistance Association for Political Prisoners activist group says.

Fighting has also flared between the security forces and ethnic minority guerrilla groups.

The turmoil has alarmed Myanmar`s neigbours and the broader international community, but the generals have shown no sign of any intention of seeking a compromise with the pro-democracy movement.

Since her arrest hours before a Feb. 1 coup, Suu Kyi has been held in detention and faces numerous charges filed in two courts, the most serious under a colonial-era official secrets act, punishable by 14 years in prison.

Suu Kyi, 75, has been permitted to speak with lawyers only via a video link in the presence of security personnel. Her co-defendant is Win Myint, the ousted president.

Opponents of the military have formed a National Unity Government, which operates under cover or through members based abroad. It has announced it is setting up a People`s Defence Force to challenge the junta.

Japan, a major donor to Myanmar, will have to rethink its aid provision to Myanmar if the situation in the Southeast Asian nation does not improve, Foreign Minister Toshimitsu Motegi said in Tokyo.