Some 35 nationalities were among the 157 passengers and crew who died when the nearly full plane crashed six minutes after take-off from Addis Ababa, the Ethiopian capital, in clear conditions. 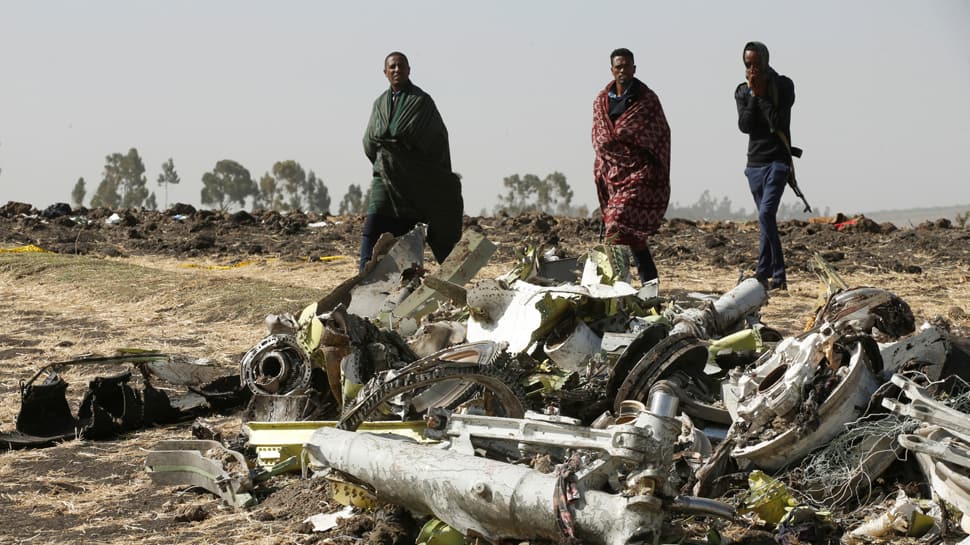 ADDIS ABABA/SEATTLE/PARIS: Investigators will release on Thursday a keenly awaited report on the deadly crash of an Ethiopian Airlines jet, Ethiopia`s Transport Ministry said, giving the first official clues to the second crash of a new Boeing 737 MAX in five months.

Some 35 nationalities were among the 157 passengers and crew who died when the nearly full plane crashed six minutes after take-off from Addis Ababa, the Ethiopian capital, in clear conditions.

The report may shed light on how a piece of cockpit software came back to life after pilots initially switched it off as they tried to save the doomed jet, people familiar with the matter said, placing both technology and crew in the spotlight. Boeing said on Wednesday it successfully tested an update of the MCAS anti-stall software that is at the centre of probes in both the Ethiopian crash and October`s Lion Air accident in Indonesia that together killed 346 people.

Boeing said its CEO Dennis Muilenburg joined the Wednesday test flight and that the flight crew performed different scenarios to test failure conditions. "The software update worked as designed, and the pilots landed safely at Boeing Field" near Seattle, the company said in a statement.

The US Federal Aviation Administration said it is launching a new review of the 737 MAX. The Ethiopian-led investigation has begun piecing together details of flight 302, starting with faulty sensor data on take-off from Addis Ababa, questions over the Boeing 737 MAX`s high speed and a nosedive coinciding with the software re-activation.

The aircraft`s high speed and initial climb suggests the engines were running at a higher than usual thrust, experts say. MCAS was designed to help prevent an aerodynamic stall by issuing commands to push the plane`s nose lower. However, in both cases it is suspected of firing up in response to faulty airflow data from a single sensor designed to measure the "angle of attack," a parameter needed to avoid stalling or losing lift.

Echoing the fate of the Lion Air jet, initial evidence suggests the Ethiopian Airlines jet experienced sensor problems shortly after take-off, causing the MCAS software to begin lowering the nose to grab air under the wings. Unlike the Lion Air crew, who were flying at a time when pilots had been told little about the MCAS software, the Ethiopian crew used switches to turn the automatic system off but it later re-engaged, people familiar with the matter said.

Although aircraft experts say MCAS cannot turn back on by itself, the report is expected to shed light on whether and why the crew chose to restore electrical power to the system at the risk of setting off more automated nose-down movements. Aerospace analyst Bjorn Fehrm said in a blog post for Leeham News that pilots may have deliberately re-activated the system in order to make it easier to control the aircraft only to be overwhelmed by rapid counter-moves from MCAS.

Investigators will also look at whether the crew carried out all necessary procedures, including a recommendation to stabilise the plane using the control system before turning the crucial software off. The pilots manoeuvred the plane upwards at least two times before hitting the stabilizer cut-out switches to disable the system, one person familiar with the matter said. However, initial flight data indicates the aircraft was flying nose-heavy and not in a "neutral" attitude when pilots hit the cut-out switches, the person added, making the situation harder to manage. Cockpit procedures call for pilots to leave the MCAS system off for the rest of the flight once it has been disengaged.

Safety experts stress the investigation is far from complete and most aviation disasters are caused by a unique combination of human and technical factors. In a statement, Boeing said: "We urge caution against speculating and drawing conclusions on the findings prior to the release of the flight data and the preliminary report."

The 737 MAX is Boeing`s top-selling jet with almost 5,000 on order. Ethiopian Airlines is also in the midst of an expansion drive, while other 737 MAX customers and victims` families want answers, and potentially compensation. Boeing shares closed down 1.5 percent. They have lost more than 8.5 percent since the Ethiopian crash.

Getting the planes flying again depends partly on the role that Boeing design features are found to have played in the crash, though investigators are also paying attention to airline operations, crew actions and regulatory measures. The chief executive of Norwegian Air, Bjoern Kjos, who is a former fighter pilot, said on Wednesday he tested the old MCAS flight control system versus the new one in a MAX simulator "under a malfunction," and said it appears to be foolproof.

The FAA`s review of the MAX will be headed by former National Transportation Safety Board chairman Christopher Hart and include experts from the FAA, NASA and international aviation authorities, including Canada. A spokeswoman for the Canadian government said it will be a part of the review to ensure safety of the MAX.

No returning from S-400 deal with Russia, says Turkey amid pressure from US