Former US President Barack Obama on Wednesday (June 4) thanked protesters across the US for coming out on streets to raise their voice against the death of black man George Floyd, and urged young African Americans to "feel hopeful even as you may feel angry", stressing that change is round the corner. 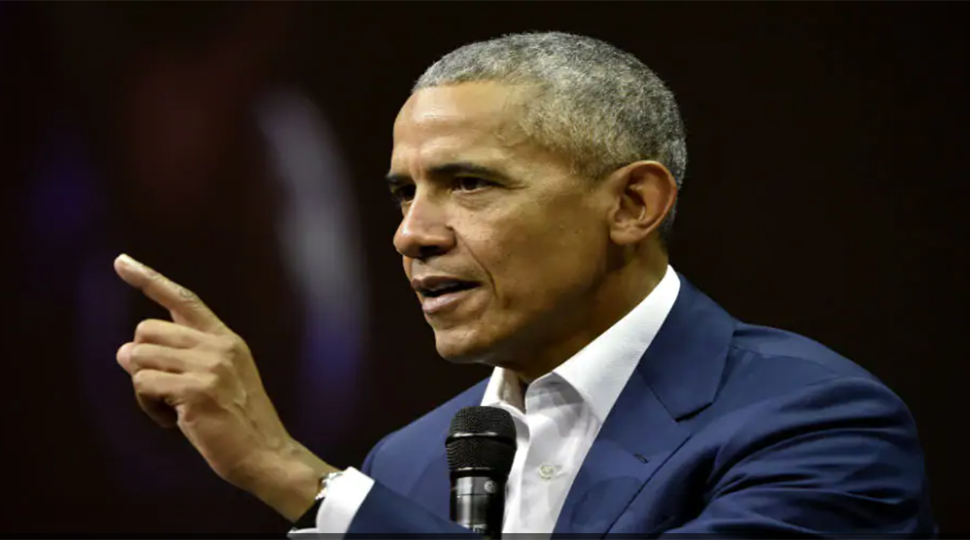 Former US President Barack Obama on Wednesday (June 4) thanked protesters across the US for coming out on streets to raise their voice against the death of black man George Floyd, and urged young African Americans to "feel hopeful even as you may feel angry", stressing that change is round the corner.

Referring to the protests over the killing of Floyd and the coronavirus COVID-19 pandemic, President Obama said in a speech that these events represent "the kinds of epic changes ... in our country that are as profound as anything I have seen in my lifetime."

"I know enough about that history to say: There is something different here," Obama said, referring to the protests of the 1960s. "You look at those protests, and that was a far more representative cross-section of America out on the streets, peacefully protesting, who felt moved to do something because of the injustices that they have seen. That didn't exist back in the 1960s, that kind of broad collation."

Obama, however, asserted that the protesters must understand the fact that hitting the streets is not enough and it is important for them to vote in November to form a new government in the country.

"I've been hearing a little bit of chatter ... voting vs. protest. Politics and participation versus civil disobedience and direct action. This is not an either or. This is a both and. To bring about real change, we both have to highlight a problem and make people in power uncomfortable, but we also have to translate that into practical solutions and laws that can be implemented," Obama noted.

Obama did not take President Donald Trump's name in his speech but his message was in complete contrast with Trump's focus on using power to quell the protests and message of "law and order."

"And for those who have been talking about protests, just remember, this country was founded on protest. It is called the American Revolution. And every step of progress in this country, every expansion of freedom, every expression of our deepest ideals, has been won through efforts that made the status quo uncomfortable. And we should all be thankful for folks who are willing in a peaceful, disciplined way to be out there making a difference," Obama said.

"Now I want to speak directly to the young men and women of color in this country who ... have witnessed too much violence and too much death, and too often some of that violence has come from folks who were supposed to be serving and protecting you. I want you to know that you matter. I want you to know that your lives matter, that your dreams matter," added the former US president.