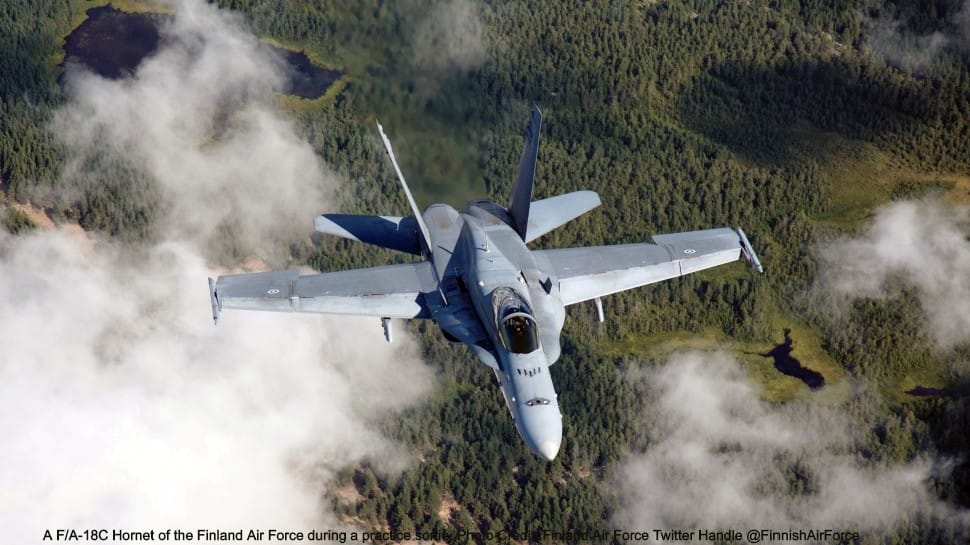 "Two SU-27 fighter aircraft of the Russian Federation are suspected of having violated Finland’s airspace on Tuesday 28 July 2020. The suspected territorial violation occurred in the Gulf of Finland off the coast of Helsinki at approximately 14.00 (4:30 pm Indian Standard Time) in the afternoon. The Finnish Border Guard is investigating the matter," a statement issued by Finnish Defence Ministry Media and Communications Director Niina Hyrsky claimed.

The Finnish Air Force scrambled its F/A-18C Hornets to intercept the Russian Sukhoi Su-27s which Hyrsky stated remained inside Finland's airspace for almost two minutes. She added that the Su-27s came 0.5 kilometres into her country's airspace.

But the Russian Defense Ministry claimed that four Su-27 fighters were on a scheduled flight from the country’s northwest Karelia to the westernmost Kaliningrad Region but none of the aircraft violated the airspace of any other country.

"On July 28, four Su-27 fighters of the Russian Navy’s naval aviation performed a scheduled flight from an aerodrome in the Republic of Karelia to a redeployment aerodrome in the Kaliningrad Region. The flight proceeded along the earlier-agreed route and the crews of the Russian planes were in constant contact with air traffic control posts," the Defense Ministry stated as quoted by Russian news agency TASS.

It went on to add that the fighters carried out their mission strictly according to the international rules of using the airspace, without violating the borders of other states.

Russia routinely sends its military aircraft to Kaliningrad situated between Poland and Lithuania with the route following a narrow strip of international airspace over the Baltic Sea and Gulf of Finland.

While Finland is not a member of the US-led North Atlantic Treaty Organization, an overwhelming part of its military hardware is American including the F/A-18s and its armaments.