The 16-year-old Swede is in Canada to support the protest, which is taking place less than a month before a federal election where the environment is voters` top issue, according to Nanos Research polling, outpacing even the jobs and economy. 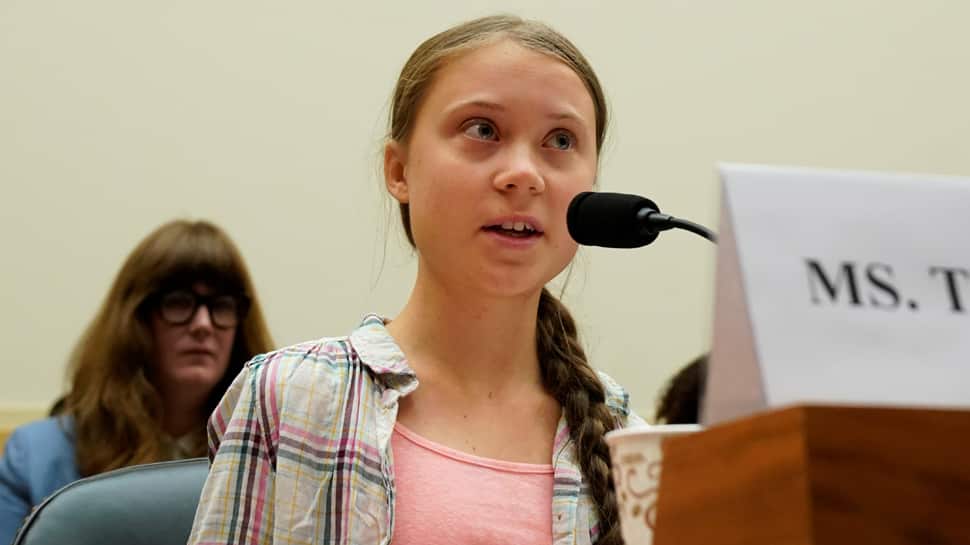 MONTREAL: Teenage activist Greta Thunberg, who inspired a "flight-shaming" movement against air travel, is spearheading a climate change strike on Friday in Montreal where U.N. aviation leaders are gathering to debate plane emission targets. The 16-year-old Swede is in Canada to support the protest, which is taking place less than a month before a federal election where the environment is voters` top issue, according to Nanos Research polling, outpacing even the jobs and economy.

Both Liberal Prime Minister Justin Trudeau and Green Party chief Elizabeth May will also be joining in the march. At a campaign stop on Thursday, Trudeau said he looked forward to marching in Montreal "to fight for the environment". Both Trudeau and May have focused on their climate action plans ahead of the Oct. 21 election, but Trudeau has also had to defend his decision to buy and expand a major oil pipeline in western Canada.

Last month, Thunberg sailed across the Atlantic to the United States from Britain in a zero-carbon emissions boat to protest air travel emissions, and she denounced world leaders earlier this week for failing to tackle climate change. She has inspired millions of young people to take to the streets over climate change since starting solitary weekly protests outside Swedish parliament a year ago.

The Montreal protest comes as the International Civil Aviation Organization (ICAO) is debating ways to minimize the sector`s impact on the environment at its triennial assembly, which runs until Oct. 4 in the Canadian city. Commercial flying accounts for 2.5% of carbon emissions. But with passenger numbers forecast to double by 2037, experts say emissions will rise if more is not done. In 2016, ICAO brokered the first global industrial climate initiative with a medium-term scheme to help airlines avoid adding to their net emissions from 2020.

The Carbon Offsetting and Reduction Scheme for International Aviation requires most airlines to limit emissions or offset them by purchasing credits from environmental projects. Industry says around $40 billion in climate financing will be generated between 2020 and 2035.

Europe, environmentalists and the industry itself, want ICAO to commit now to setting longer-term goals at its 2022 assembly. "During the ICAO assembly, we will join with our industry partners to call for a significant and ambitious long-term target for CO2 reduction," said Angela Gittens, director general of Airports Council International.