A moment of silence was observed at 8.15 a.m., the exact time on August 6, 1945, when a uranium-core atomic bomb named "Little Boy" dropped by a US bomber exploded above Hiroshima killing an estimated 140,000 people by the end of that year. 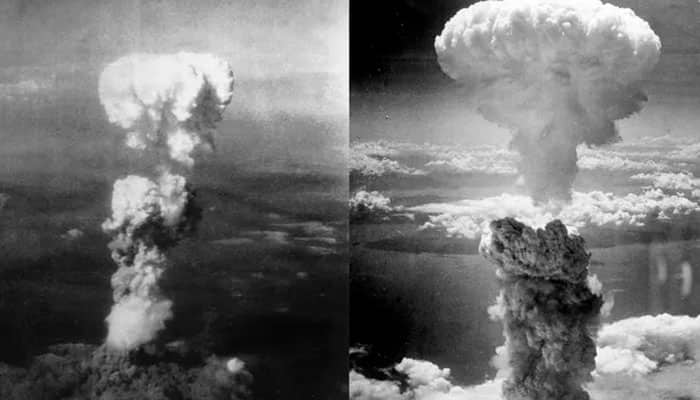 Hiroshima on Tuesday marked the 74th anniversary of its atomic bombing by the US at the end of World War II in 1945, with the city`s Mayor urging the Japanese government to join a UN treaty banning nuclear weapons.

A moment of silence was observed at 8.15 a.m., the exact time on August 6, 1945, when a uranium-core atomic bomb named "Little Boy" dropped by a US bomber exploded above Hiroshima killing an estimated 140,000 people by the end of that year, reports Kyodo News Agency.

A second atomic bomb was dropped on Nagasaki on August 9 the same year and Japan surrendered six days later, prompting the end of the World War II.

"I call on the government of the only country to experience a nuclear weapon in war to accede to the hibakusha`s request that the TPNW be signed and ratified," Mayor Kazumi Matsui said in his speech, referring to the Treaty on the Prohibition of Nuclear Weapons, which was passed in July 2017 with the support of 122 nations.

The treaty is not yet in force since it has not been ratified by the required 50 states.

"I urge Japan`s leaders to manifest the pacifism of the Japanese Constitution by displaying leadership in taking the next step toward a world free from nuclear weapons."

The Mayor spoke at the annual ceremony held at the Peace Memorial Park near Ground Zero which was attended by representatives from about 90 countries including the US, Russia and Britain.

Meanwhile in Tokyo, Prime Minister Shinzo Abe said Japan will serve tenaciously as a "mediator between nuclear-weapon states and non-nuclear weapon states" and "take the lead in making such efforts" in the international community.

This year`s anniversary came after the US on August 2 formally withdrew from the Intermediate-Range Nuclear Forces Treaty, a major Cold War-eranuclear arms control pact with Russia signed in 1987, raising fears of a new arms race.