"The work of stopping the violence has not yet been completed, we need to keep working on it. At the same time, we need to put effort on resolving deep-rooted problems," Cheung said. His comments came after the city`s leader, Chief Executive Carrie Lam, met Chinese President Xi Jinping on Monday. 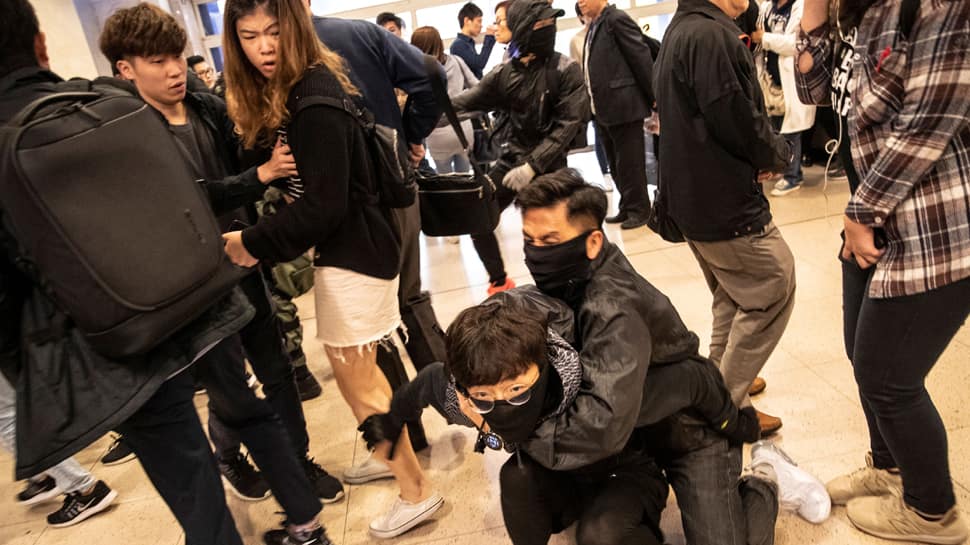 HONG KONG: Hong Kong`s chief secretary, Matthew Cheung, said on Tuesday he was disappointed with recent protest violence after a period of relative calm, as the Asian financial hub geared up for more anti-government demonstrations in coming days. Cheung, speaking at a weekly press briefing, was referring to a protest on Sunday during when police fired tear gas in late-night street clashes - the first time tear gas had been used in nearly two weeks.

"The work of stopping the violence has not yet been completed, we need to keep working on it. At the same time, we need to put effort on resolving deep-rooted problems," Cheung said. His comments came after the city`s leader, Chief Executive Carrie Lam, met Chinese President Xi Jinping on Monday. Xi offered Lam his support and praised her courage in governing the city during the "most difficult times" of often violent anti-government protests.

Lam, who is due back in Hong Kong on Tuesday, also met Premier Li Keqiang during her regular duty visit to Beijing. "Hong Kong right now has not stepped out of its dilemma," Li said, according to remarks broadcast by Cable TV, as he urged Lam`s administration to end the violence. "The ... government should make continuous efforts to bring the violence and chaos to an end in accordance with the law and restore order". He also urged the government to address "deep-rooted issues in the economic and social development of Hong Kong" to ensure stability and prosperity in the region.

The financial hub has been embroiled in more than six months of anti-government protests which show no sign of abating. Protests are scheduled across the city on Tuesday as well as through the rest of the week and into Christmas. Protesters are angry about what they see as an encroachment by China on wide-ranging autonomy Hong Kong was guaranteed under a "one country, two systems" framework which governs the former British colony and the neighbouring casino hub of Macau. China has rejected the complaints and blamed other countries, including the United States, for inciting the protests. Xi is due to begin a three-day visit to Macau on Wednesday and security has been tightened. There have been no protests in the former Portuguese colony.

While the number of protests and the violence has eased in Hong Kong in recent weeks, the pro-democracy movement retains broad public backing, with families and older people coming out to recent demonstrations. They are calling on the government to listen to their demands which include an independent investigation into police behaviour and the implementation of full universal suffrage.

The trigger for the protests was a proposed extradition law, that would have allowed Hong Kong citizens to be prosecuted in mainland courts. The bill, which the city later dropped, raised a concern about what many Hong Kong people see as the undermining by Beijing of their freedoms.
The recent arrest by mainland security officials of a Hong Kong resident at a checkpoint on a newly-opened bridge linking Hong Kong with Macau and the mainland city of Zhuhai has stirred new concerns.

Media reported the 53-year-old suspect was detained on Friday while travelling to Macau on a bus. Cheung, asked about the arrest, said the matter was beyond the city`s control and related to security matters on the mainland. "It`s perfectly justified for them to exercise jurisdiction within their own territory, it`s entirely legal and justified," he said.

Mainland police said the person detained was part of a mobile phone smuggling syndicate. Hong Kong residents have been on heightened alert to citizens disappearing over the border into mainland China since five city booksellers went missing in 2015. All later appeared in detention in China, with some showing up in video footage making what appeared to be forced confessions. A former British consulate employee in Hong Kong said in November that Chinese secret police beat him in an attempt to force him to give information about activists leading pro-democracy protests.

Explainer: How impeachment works and why Donald Trump is unlikely to be removed