India not to join RCEP trade agreement, says 'no compromise on core interests' 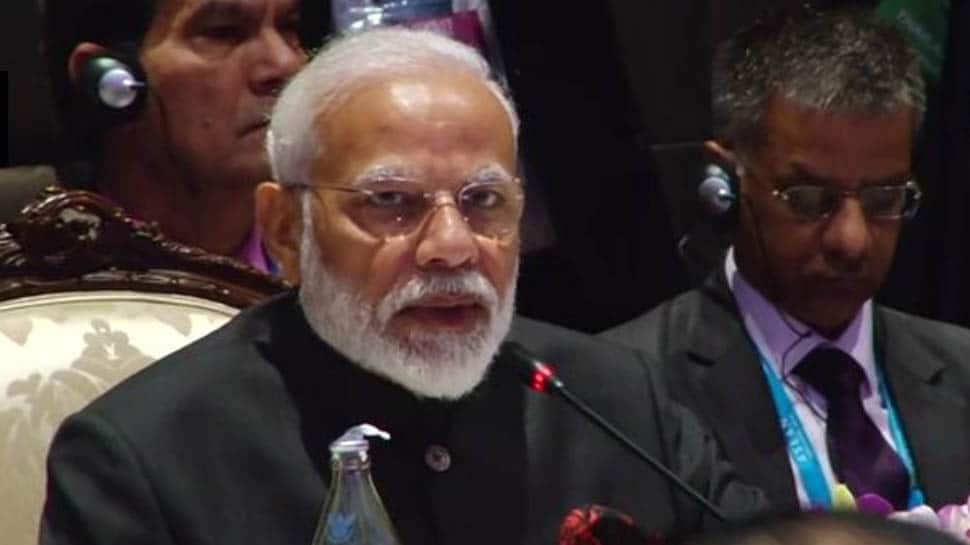 India on Monday decided not to join the Regional Comprehensive Economic Partnership (RCEP) trade agreement as its key concerns have not been addressed. Prime Minister Narendra Modi, who attended the summit in Bangkok, stood firm saying that there will be no compromise on core interests of the nation, according to government sources.

India further said that the RCEP agreement does not reflect its original intent and the outcome is neither fair nor balanced. PM Modi speaking at the third RCEP meet in Bangkok said, "The present form of the RCEP Agreement does not fully reflect the basic spirt and the agreed guiding principles of RCEP. It also does not address satisfactorily India's outstanding issues and concerns In such a situation, it is not possible for India to join the RCEP Agreement."

Adding, "When I measure the RCEP Agreement with respect to the interests of all Indians, I do not get a positive answer. Therefore, neither the Talisman of Gandhiji nor my own conscience permits me to join RCEP. "

PM Modi said, ''Our farmers, traders, professionals and industries have stakes in such decisions. Equally important are workers and consumers who make India a huge market and third-biggest economy in terms of purchasing power parity."

According to the government sources, India’s stand is a mixture of pragmatism, the urge to safeguard interests of poor and effort to give an advantage to India’s service sector while not shying away from opening up to global competition across sectors.

"Gone are days when Indian negotiators caved in to pressures from global powers on trade issues. This time India played on the front foot, stressing on the need to address India’s concerns over trade deficits and need for countries to open markets to Indian services and investments......India also raised the issue of Most favoured Nation (MFN) obligations where India would be forced to give similar benefits to Regional Comprehensive Economic Partnership (RCEP) countries that it gave to others," added the sources.

The Prime Minister had said earlier that India remains committed to a comprehensive and balanced outcome of RCEP negotiations and seeks balance across goods, services and investments and also within each pillar.

The Ministry of External Affairs (MEA) had said that the Indian negotiators are resolving critical outstanding issues pertaining to the RCEP trade deal to ensure it is fair and transparent. "There are some critical issues that are still outstanding; efforts are being made to resolve them to provide a fair and transparent trading environment. These issues are extremely important for our economy and livelihood of our people," Secretary (East) in Ministry of External Affairs Vijay Thakur Singh said.

RCEP deal will now go ahead with 15 countries. The negotiation for the deal started in 2012 in Cambodia and will be one of the biggest free trade agreement in the world.

Over 40 migrants found alive in refrigerated truck in Greece: Police