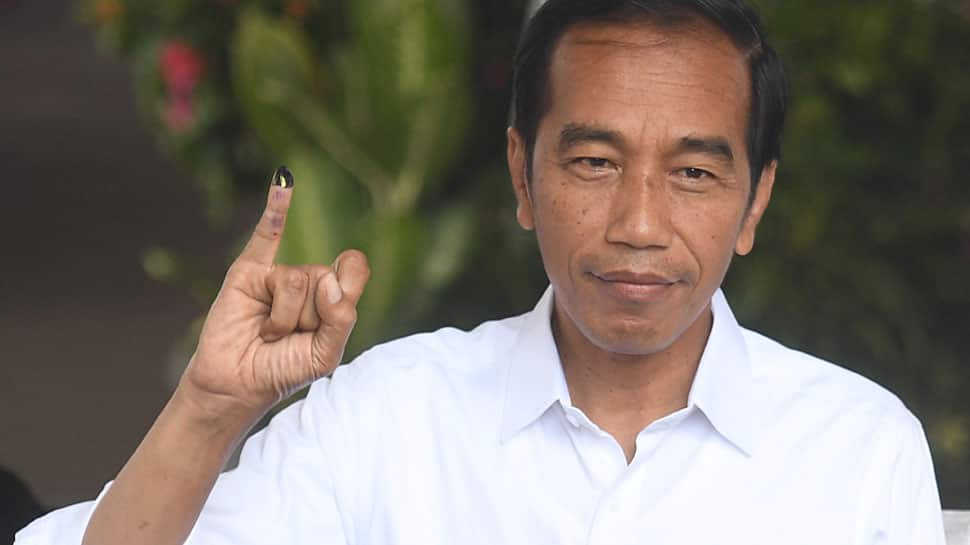 Jakarta: Indonesia's ruling coalition, which backs President Joko Widodo, is on course to win more than half the votes in an election for the national parliament, based on a count of nearly 40 of ballots cast on Wednesday, pollster Indo Barometer said.

Widodo, running against former general Prabowo Subianto after a six-month campaign, appears to be on course to win the race to lead the world`s third-largest democracy, securing a second term, "quick count" results from private pollsters show.

Prabowo, as he is known in Indonesia, has disputed those findings and said internal polls show he is set for a win.

A quick count of a sample of votes by Indo Barometer shows the ruling Indonesian Democratic Party of Struggle (PDI-P), of which Widodo is a member, is likely to win 21.57 per cent of the votes for the national parliament.

However, Indo Barometer`s findings show Prabowo`s Greater Indonesia Movement (Gerindra) is on track to become parliament`s second largest party, with 12.71 per cent of the vote.

"Gerindra will also enjoy a coattail effect and is very likely to replace Golkar as the second party, which has suffered from corruption scandals."

Indo Barometer is one of more than 40 pollsters accredited by the General Elections Commission to conduct unofficial quick counts.

A quick count by pollster Kompas, based on 30 per cent of results, also had the ruling coalition winning the majority.

But it put Golkar slightly ahead of Gerindra.

In previous elections, the counts from reputable companies proved to be accurate.

The poll followed a campaign dominated by economic issues but also marked by the growing influence of conservative Islam in the world`s biggest Muslim-majority nation.

Official results will be announced by the election commission on May 22.

There are 575 seats in the lower house of the national parliament up for grabs and 136 in the upper house.