Baghdadi, an Iraqi jihadist who rose from obscurity to declare himself "caliph" of all Muslims as the leader of Islamic State, died by detonating a suicide vest after fleeing into a dead-end tunnel as elite US special forces closed in, according to the US government. 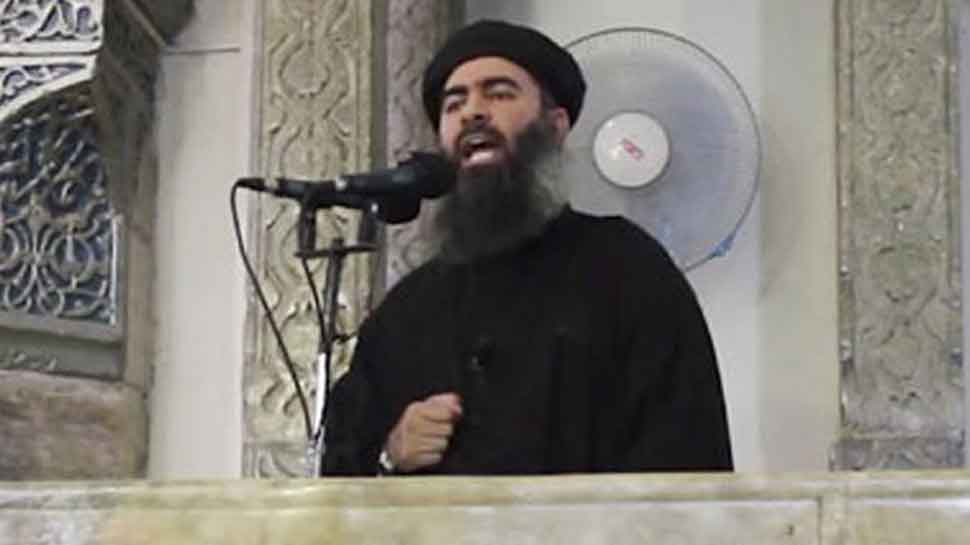 Washington: The United States has given the remains of Islamic State leader Abu Bakr al-Baghdadi a burial at sea and afforded him religious rites according to Islamic custom after he was killed in a US commando raid in Syria on Saturday, three officials told Reuters.

Baghdadi, an Iraqi jihadist who rose from obscurity to declare himself "caliph" of all Muslims as the leader of Islamic State, died by detonating a suicide vest after fleeing into a dead-end tunnel as elite US special forces closed in, according to the US government.

The US officials, who spoke on condition of anonymity, did not disclose where the ritual was performed or how long it lasted. Two officials said they believed his remains were delivered to the sea from an aircraft. The US Army General Mark Milley, the chairman of the Joint Chiefs of Staff, told a Pentagon news briefing on Monday that the US military disposed of Baghdadi`s remains "appropriately, in accordance with our (standard operating procedures) and in accordance with the law of armed conflict."

Given the gruesome nature of Baghdadi`s death, it was unlikely the U.S. military followed as complete a process as it did after Navy SEALs killed al Qaeda founder Osama bin Laden in a 2011 raid into Pakistan. Bin Laden was killed by a gunshot wound to the head, according to the U.S. government.
In the case of bin Laden, his body was transported to the aircraft carrier USS Carl Vinson. It was washed before being covered in a white sheet, and religious remarks translated into Arabic were read over bin Laden`s corpse.

Bin Laden`s burial at sea triggered mixed reactions, with a prominent imam saying the United States violated Islamic custom by not burying bin Laden on land, a move seen as a U.S. attempt to prevent his resting place from becoming a shrine for extremist followers.

In the United States, some questioned why the man responsible for September 11, 2001, attacks that killed nearly 3,000 people were laid to rest with such respect.

Milley did not enter into details about any of Baghdadi`s last rites. Milley said that before the disposal of his remains, they had been transported to a secure facility to confirm his identity with forensic DNA testing.

"It`s been done and is complete," Milley said.

Trump said on Monday he may declassify and release part of the video taken on Saturday of the raid. The video is believed to include aerial footage and possibly footage from cameras mounted on the soldiers who stormed Baghdadi`s compound.

"We`re thinking about it. We may," Trump told reporters before flying to Chicago. "We may take certain parts of it and release it."But Milley declined to comment on whether he had video from inside the compound, which he described as a place where Baghdadi had been staying "on a consistent basis."

"I`m not going to classify the video -- what we do have, what we don`t have, at this time. I`ve seen a lot," Milley said.

"And I`ll wait until everything is appropriately declassified here in the coming days."Trump said on Sunday that Baghdadi had died "whimpering and crying" in the raid.

Milley did not confirm that account, saying he presumed it came from Trump`s direct conversations with members of the elite unit that conducted the operation. Milley had not yet spoken with them, he said.

He confirmed the U.S. military had taken into its custody two adult male Islamic State suspects but Milley declined to talk about intelligence collected from the site.

The United States on Monday confirmed the killing of Abu al-Hassan al-Muhajir, Islamic State spokesman and a high-ranking figure within the group, in a separate U.S. operation, according to a senior State Department official.