Israel-Palestine conflict: Around 1500 rockets fired towards Israel from Gaza this week, claims IDF

Amid the accelerating unrest between Israel and Palestine, the death toll in Gaza has reached 65, while Israel have reported over 7 deaths till Wednesday (May12, 2021) as the Hamas group launched a new barrage of airstrikes. 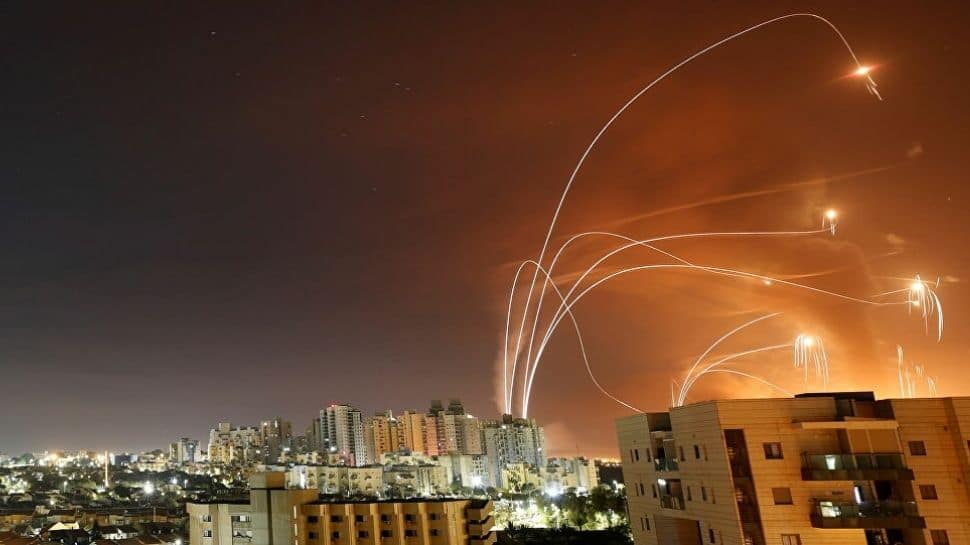 Gaza: Amid the accelerating unrest between Israel and Palestine, the death toll in Gaza has reached 65, while Israel have reported over 7 deaths till Wednesday (May12, 2021) as the Hamas group launched a new barrage of airstrikes.

As per AFP reports, Israeli Defence Force (IDF) on Wednesday said that 1,000 rockets had been launched from Gaza since Monday evening, but by early Thursday the number had leapt by roughly 500.

"So far, some 1,500 rockets have been fired at the Israeli territory from the Gaza Strip, about 300 of them were unsuccessful and the rockets fell in the Gaza Strip. The Iron Dome system has intercepted hundreds of rockets," the IDF said in a statement on Wednesday.

Meanwhile, US President Joe Biden on Wednesday spoke to Israeli Prime Minister Benjamin Netanyahu on Israel-Palestine conflict and said he hopes that the hostilities will come to a conclusion.

"My expectation and hope is that this will be closing down sooner than later. But Israel has a right to defend itself when you have thousands of rockets flying into your territory. But I had a conversation for a while with the -- with the Prime Minister of Israel. And I think that -- my hope is that we will see this coming to a conclusion sooner than later," Biden told reporters at the White House.

The United Nations Special Coordinator for the Middle East, Tor Wennesland, took it to Twitter to call on both sides to de-escalate tensions the day before.

"Stop the fire immediately. We are escalating towards a full scale war. Leaders on all sides have to take the responsibility of de-escalation. The cost of war in Gaza is devastating and is being paid by ordinary people. The UN is working with all sides to restore calm. Stop the violence now," he tweeted.