Notably, a part of this hospital is run by an international humanitarian organisation Doctors Without Borders. Over 40 people were killed in two terror attacks in Afghanistan. 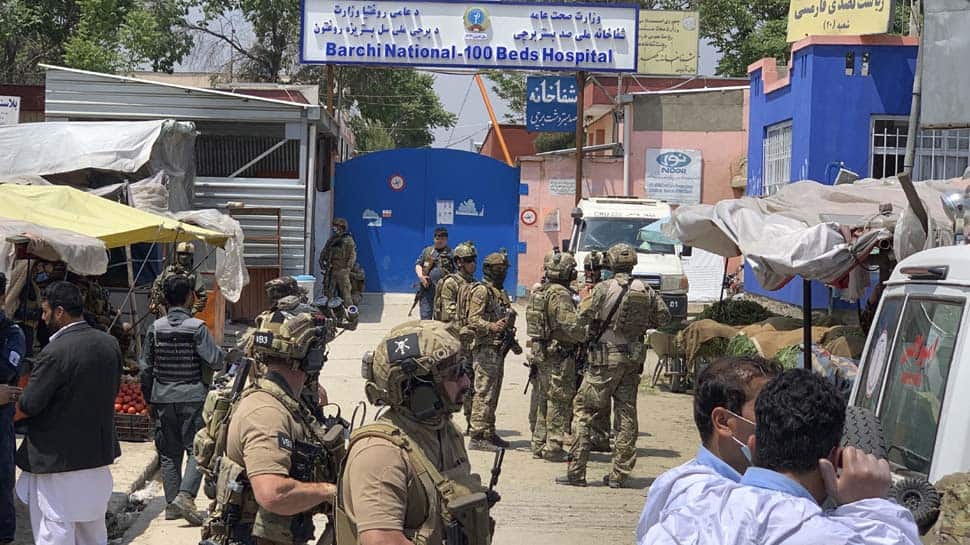 Afghanistan security agencies investing the twin blast in capital Kabul and the eastern province of Nangarhar on May 12, suspect the role of Haqqani network behind the fidayeen attack. Several gunmen disguised as policemen attacked a Kabul hospital killing 16 people including two newborn babies.

Notably, a part of this hospital is run by an international humanitarian organisation Doctors Without Borders. Over 40 people were killed in two terror attacks in Afghanistan.

Afghanistan's former deputy minister of defence, Tamim Asey, said that anybody who knows the ABC of the Afghan security-intel landscape knows that only Haqqani had such operational capabilities to launch an attack in the highly guarded city of Kabul.

“The Q is not IF but HOW? ISKP has a long-standing relation with Haqqani. Furthermore, anybody who knows the ABC of the Afghan security-intel landscape knows that only Haqqani had such operational capabilities in a highly guarded and heavily scrutinized city like Kabul,” tweeted Tamim Asey.

In another attack, a suicide bomber targeted the funeral of a police officer in the Nangarhar province, killing 24 people. The government and police officials were also present at the funeral when the attack took place.

Last week, in a joint operation with Afghan police and National Directorate of Security (NDS) special forces apprehended Khorasani, who is Daesh leader for the south and east areas of Asia and an Afghanistan citizen, in the Kart-e-Naw area of Kabul city. The two other terrorists--the terror group's head of public relations and its intelligence head--were also apprehended.

The NDS in a statement after the raid said, "The group was comprised Daesh and Haqqani network members and led by Sanatullah, a Daesh commander, and was involved in the rocket attack on President Ghani’s inauguration ceremony, the attack on the Sikh temple in Kabul.’’

India's Ministry of External Affairs (MEA) issued a statement to express strong condemnation of the terrorist attacks in Afghanistan. It said, "India strongly condemns the barbaric terrorist attacks against innocent civilians, including women and children, at the Dasht-e-Barchi hospital maternity ward, funeral in Nangarhar province and the Army check post in Laghman province on May 11-12. Such reprehensible attacks, including on mothers, newly born children, nurses, and mourning families are appalling and constitute crimes against humanity."

Counter-terror operatives from India and Afghanistan believe that Pakistan agencies could be behind the attack. "We are heading towards a dirty war where the master-puppeteers will only change names, flags and mode of operation of their puppets. This war will only get more savage and dirtier as we near peace. It will be carried out unmanned and without responsibility to please their masters," tweeted Asey.

There was no immediate claim of responsibility for either attack. Taliban has denied its involvement in both the attacks.

According to Indian security agencies, the Taliban will deny so that they are projected as a responsible organisation in line with the US Taliban agreement. ISI will use the name of ISKP or unknown outfits to claim the responsibility.

In a statement, India said, "There can be no justification for such continued acts of terrorism. The perpetrators of such heinous acts and their sponsors and supporters should be held accountable and brought to justice. They should be forced to eradicate safe havens and sanctuaries that have abetted terrorism in the region for decades and caused immense miseries to an untold number of people in the region."

Earlier, Indian security agencies had expressed apprehension that after the withdrawal of US troops, Pakistan's agencies will carry out attacks on Indian embassies and consulates in Afghanistan.