According to a US Navy press release Vice Admiral Andrew Lewis, commander of the US. 2nd Fleet, will lead BALTOPS 2019 on behalf of Naval Forces Europe. 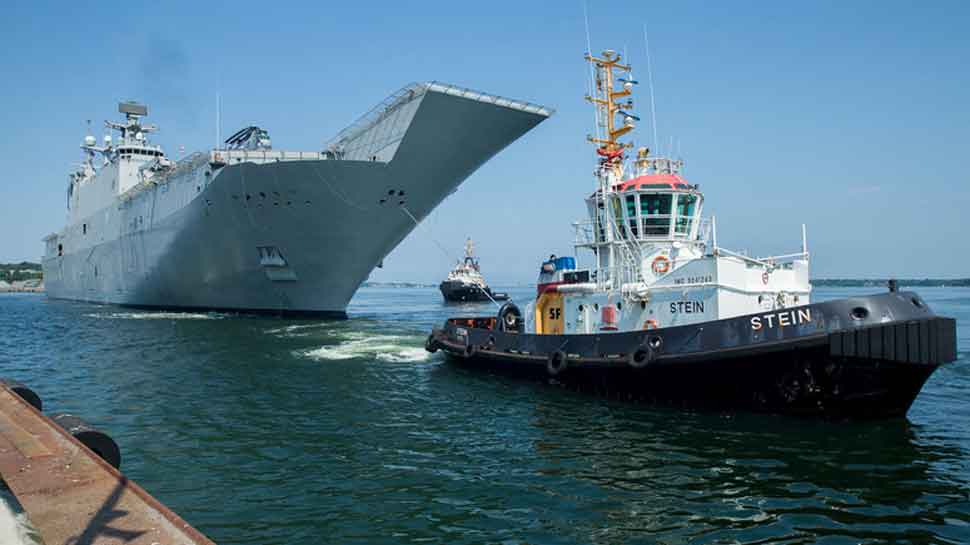 Navies of the United States of America and 17 other friendly nations will take part in the 47th annual Baltic Operations (BALTOPS 2019) in the Baltic Sea from June 9-21. Russia, which has been involved in a series of spats with the US over "dangerous manoeuvres" by fighter jets and warships of the two countries, will track the BALTOPS 2019 naval exercise using ships from its Baltic Fleet.

According to a US Navy press release Vice Admiral Andrew Lewis, commander of the US. 2nd Fleet, will lead BALTOPS 2019 on behalf of Naval Forces Europe.

"No one nation can face today's challenges alone, we are much stronger together. Our partner and NATO alliances must continue to strengthen our deterrence and defense efforts and adapt through improving readiness and responsiveness," the press release quoted Vice Admiral Lewis as saying.

Stoikiy and Boikiy corvettes along with Liven small missile ship, all part of Russia's Baltic Fleet, will keep an eye on the military exercise in the Baltic Sea waters.

"The Stoikiy and the Boikiy corvettes, as well as the Liven small missile ship, will keep the NATO maneuvers under observation. Besides, reconnaissance assets will also be deployed," Russian news agency TASS quoted a source.

BALTOPS 2019 will see 50 surface ships, 36 aircraft, two submarines and 8,600 personnel from maritime, air and ground forces taking part. The USS Mount Whitney, an amphibious command ship, is the command base for the naval exercise.

"I think BALTOPS represents the habit we have made in operating in a coalition environment and in a multinational environment. One of the advantages, particularly in the NATO framework, as we operate together more and more we standardize our procedures so we now have a generation of military folk who are used to operating together with standard procedures," said UK Royal Navy Rear Admiral Andrew Burns OBE.

The annual military exercise involving dozens of warships of NATO countries comes even as the US and Russia have accused each other of impeding and intercepting the aircraft and warships during routine patrols. While a Sukhoi Su-35C fighter intercepted a US P-8A Poseidon aircraft on Tuesday (June 4, 2019) in international airspace over the Mediterranean Sea, three days later on Friday the warships of the two countries almost collided in the South China Sea with both the countries accusing each other of being the instigator.