New images obtained by the western researchers have shown secret underground naval bases build by North Korea at Sinpo on the East coast. 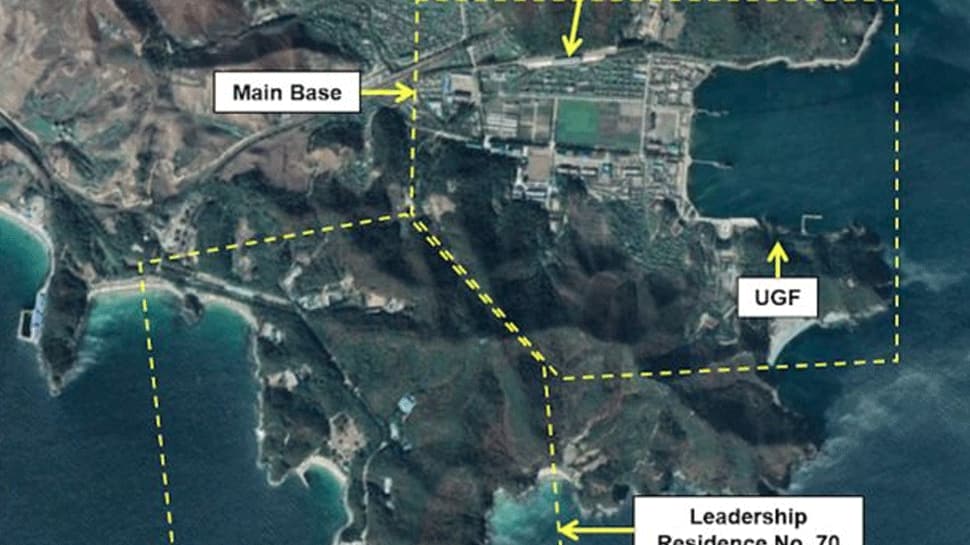 PYONGYANG: New images obtained by the western researchers have shown secret underground naval bases build by North Korea at Sinpo on the East coast at the instructions of its dictator Kim Jong-un.

An investigation done by a researcher, Jacob Bogle, into the North Korean Navy using satellite photos, has shown these underground naval bases at Simpo, according to a Daily Star report.

However, what is of more significance is that the satellite images have also revealed a ‘fatal flaw’ in North Korea’s defences.

Bogle’s research showed over a dozen subterranean maritime facilities that the North Korean military can use to repair and refuel warships, as well as launch attacks, in safety and secrecy.

The secret underground naval bases can be used as a place to shelter from enemies and one of them is said to be very close a private residence of Kim Jong-un. But, according to Bogle, they have "one giant weakness".

Bogle claimed while the North Korean leadership has invested huge sums of money in modernising the country's conventional forces and related facilities, but all underground facilities have one giant weakness: their entrances.

If they are destroyed, whatever is inside will becomes useless, he said.

Considering North Korea's attempts to develop submarine-launched nuclear missiles, the significance of these bases could be enormous if war broke out, according to Bogle believes.

In case of a war, it would require a near-simultaneous attack on all of these secret underground bases to confidently knock out North’s submarine capability.

The high-resolution satellite imagery also shows an unidentified object, which the researchers believe could be a new class of submersible.

The object is just yards away from where the country’s first ballistic missile submarine, the Gorae Class, is normally tied up. It is also where the follow-on ‘Romeo-Mod’ missile boat is being built.

The discovery by Western observers comes at a time when North Korea has shut off communication with the South and threatened to mobilize the country’s military against South Korea. In dramatic fashion, today it reportedly blew up a joint liaison office with the South.