Speaking at the United Nations meet on Safety of Religious Minorities in New York, US, Human Rights Focus Pakistan President Naveed Walter claimed that his country is biased in its behaviour towards the minorities. 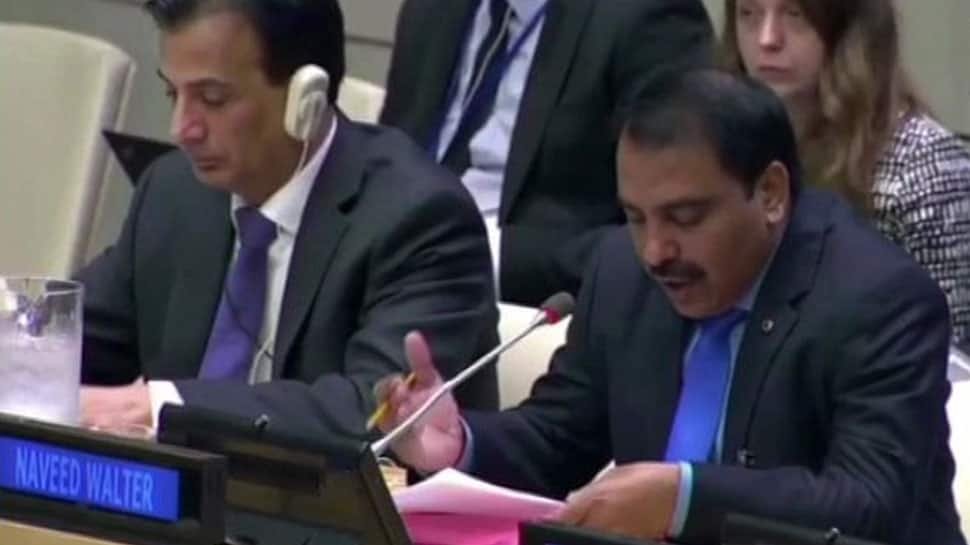 A Pakistani NGO chief on Friday laid bare the poor track record of his country in providing a safe environment to the minority communities and went on to allege that people are even prosecuted on the basis of their religious affiliations. Speaking at the United Nations meet on Safety of Religious Minorities in New York, US, Human Rights Focus Pakistan President Naveed Walter claimed that his country is biased in its behaviour towards the minorities.

He highlighted that the Ahmadis have to face a discriminatory situation in Pakistan. He also called out China, adding that "a growing number of countries are using national security as a pretext for restricted religious expression at the role of religion in public domain".

"Today, a large number of people are marginalised in their own societies. The biased behaviour dwells in other areas also, like the minorities on basis of religious affiliation as like in Pak, Ahmadis having a situation; like China, growing no. of countries using national security as pretext for restricted religious expression at role of religion in public domain," said Walter as quoted by news agency ANI.

Walter is a defender for human and minority rights since 1994 and founder and president of a non-governmental organisation, Human Rights Focus Pakistan (HRFP), for the promotion and protection of human rights with special focus on religious minorities.

Reacting to his statements, the US, the UK, and Canada slammed Pakistan and China for gross violation of human rights and the alleged mistreatment of religious minorities. US Ambassador-at-Large for International Religious Freedom, Sam Brownback said, "In Pakistan, religious minorities continue to suffer from persecution, either at the hands of non-state actors or through discriminatory laws and policies. We appreciate Poland inviting Naveed Walter to speak today about the challenges to religious freedom in Pakistan. He has been a courageous advocate for the persecuted, whether Christian, Ahmadi, Hindu, or others."

"It is important to note that the presence of conflict is not the only context for the oppression of religious minorities. We remain deeply concerned about the Chinese government’s escalating, widespread, and undue restrictions on religious freedom in China, and we urge the Chinese government to respect the human rights and fundamental freedoms of everyone. Many members of religious groups in China – including ethnic Uighur, Kazakh and other Muslims, Tibetan Buddhists, Catholics, Protestants, and Falun Gong – face severe persecution and repression, and we call on the Chinese government to end its war on faith and to respect religious freedom for all," he said slamming China.